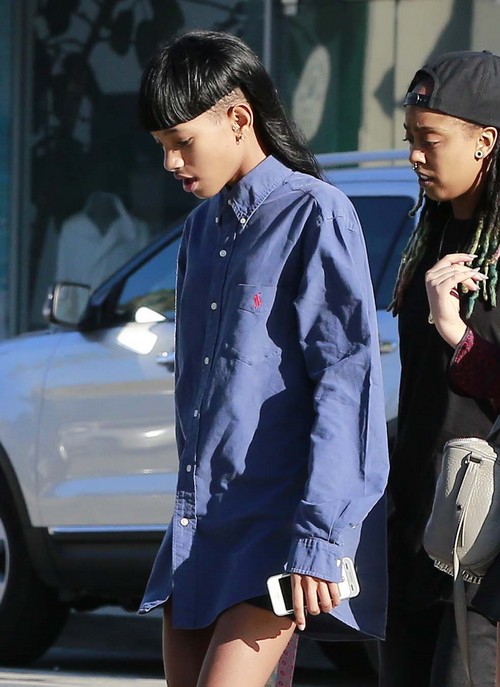 Jada Pinkett Smith has been grabbing headlines all week after her husband, Will Smith, was busted getting naked in a photo booth with Margot Robbie. It’s not exactly the kind of press the actress wants but even still it seems like her crumbling marriage isn’t the biggest problem that Jada has. According to the Nov. 18th print edition of National Enquirer, Jada and Will’s 13-year old daughter Willow is completely out of control.

This isn’t exactly a news flash for Jada either as Willow has been acting out for over a year now. Her online postings have vented rage, despair and even suicidal tendencies that have made outsiders wonder what the heck is really going on. While Jada and Will once discussed letting their kids do whatever they please and set their own personal rules, she seems to be conceding that this has been a huge mistake.

Jada reportedly is wondering how she ended up raising two teenagers that act completely entitled. She has spoiled Hollywood brats on her hands and now is feeling a multitude of regret. As Jada’s marriage appears to be completely busted she’s reflecting on all of the mistakes that have been made within the family. One of those was encouraging Willow to go after adult stardom at the cost of her childhood. Now she has a 13-year old running with a fast crowd, showing signs of deep depression and acting out sexually.

I guess it’s good that Jada at least realizes the mistakes that have been made but I wonder if her parents messy marriage is only adding to Willow’s problems. I think it’s pretty likely, don’t you? Will Jada be able to reign her daughter back in after giving her that taste of freedom? Tell us your thoughts in the comments below!