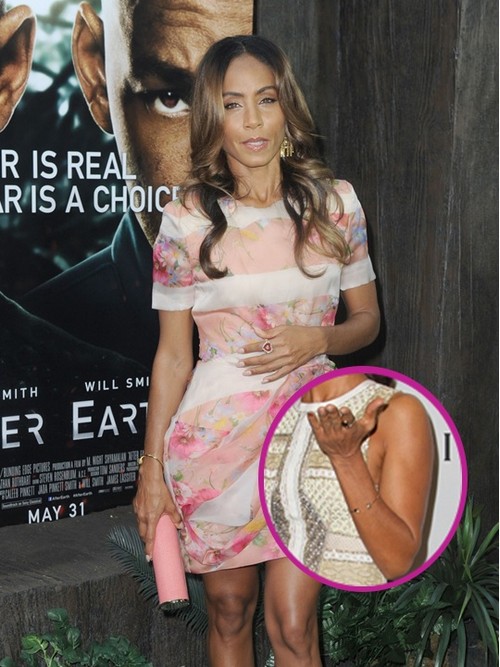 The last few days of Jada Pinkett Smith’s life have no doubt been some of her darkest. First photos popped up of her husband Will Smith getting naked with his much younger co-star, Margot Robbie and now we’re hearing that the couple has led very separate lives recently. According to the Nov. 18th print edition of Star magazine Jada spoke at a conference on Oct. 23rd and her whole demeanor was sullen. She also gave clues to what was bothering her by discussing weathering marital storms and relationship upheaval – all with her wedding ring conspicuously missing.

Will and Jada haven’t been seen together publicly in about 6 weeks and sources say that the couple has lived apart for the last few months with Jada truly hoping that things would improve with a little space. She had met Margot on the set of Focus back in September but had no idea that she was involved with Will and the speculation is that Jada has got to be reeling. She supposedly wasn’t dealing well with their separation in the first place, can you imagine her reaction to the realization that Will’s time apart was with another woman that he is by now quite connected to?

If Jada was referencing her own marital storm weeks ago I think it has now taken on Tsunami proportions! Will they actually work through this or will the embarrassment be too much for Jada to handle? Do you think a split announcement is coming from either of their camps or are they going to continue the charade a bit longer? Tell us your thoughts in the comments below!