Jake Gyllenhaal Gets Hospitalized For Punching Mirror, Anger Management Or Too Much Method Acting? 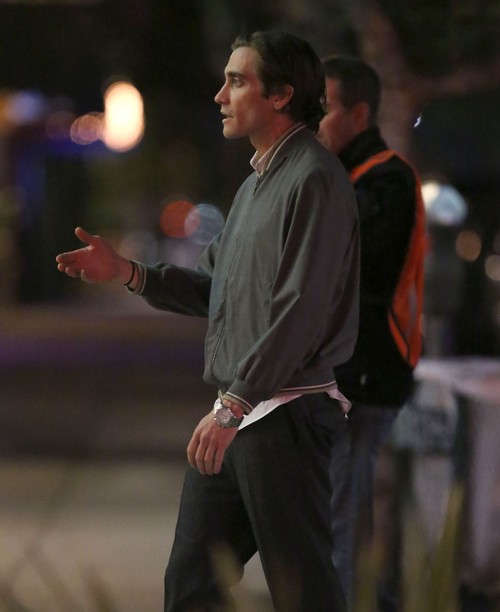 An exclusive report from People reveals that Jake Gyllenhaal was sent to the emergency room recently for breaking his hand while filming Nightcrawler in Los Angeles. And how did he break his hand? Uh, well – he punched a mirror. Of course, People’s report makes it sound like he was so in character that he got charged up and carried away with the scene. Talk about taking method acting to a new extreme.

A source tells People, “Jake flipped out. His character was looking into a mirror during the scene and punched the mirror in anger and broke it, cutting himself so bad he had to be taken to a hospital. The scene was emotionally charged and his character was talking into a mirror and he got so into it, he banged his hands against the mirror and it broke and cut him. It was all the scene and not because he was mad about anything else.”

Hmm, I find it odd that the source makes it a point to claim that it was not because Jake was ‘mad about anything else‘. Was he actually mad about something, and ended up channeling that anger into the scene? Or is Jakey just too method, as usual?

I mean, he did lose like twenty pounds for this role, and he ended up going from healthy looking celebrity to malnourished homeless person in less than two months. Also, actors do tend to get carried away, especially after 18-hour-days. If Jakey really was going full method, I could see how he lost control and punched the mirror.

Jake has already gotten stitches for the injury, and I’m sure he’ll be back to set in no time, punching more mirrors and being crazy.