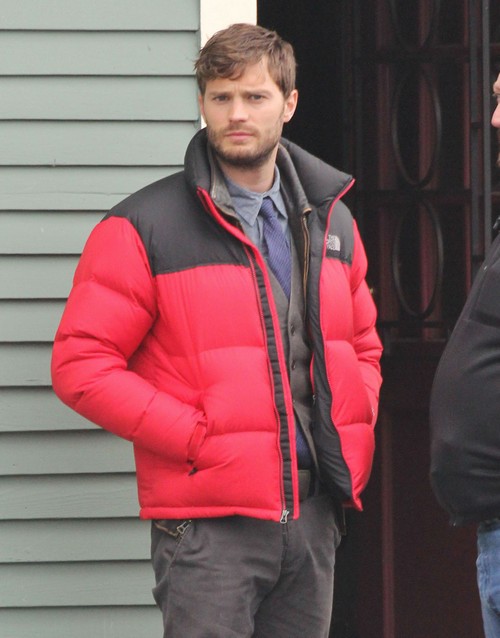 It’s been confirmed by Variety that relatively unknown Jamie Dornan will replace Charlie Hunnam as Christian Grey in the highly anticipated Fifty Shades of Grey, set for release on August 1st, 2014.

Dornan, who hails from Northern Ireland, first came to Hollywood’s attention with Sofia Coppola‘s Marie Antoinette, and has since risen in rank with the BBC Two drama The Fall, and the hit ABC series Once Upon A Time. Although Dornan isn’t as big of a name as Hunnam was, it’s clear that the studio gave up on big names after Hunnam dropped out and it seems that they’ve since tried to go for talented fresh faces instead.

Earlier this week, it was reported that while Dornan was a frontrunner and has screen tested with Dakota Johnson, Billy Magnussen and several other actors were still being considered. However, either the others weren’t up to par or Dornan was so good that he got the offer outright. It might also have been down to Dornan’s chemistry with Johnson, which as fans know is one of the more important aspects of the story. Without that chemistry, the film would fall to pieces.

Right now, Fifty Shades of Grey is set to begin filming within weeks, so it’s good that Universal has finally locked down their lead. It definitely threw everyone involved into a tizzy when Charlie Hunnam dropped out, especially since no one was really expecting it. Of course, the word leaking about the script’s quality and Charlie’s doubts about the project, it’s not so hard to believe that he didn’t want to risk his reputation. With Dornan, that won’t be a worry because he’s still an unknown – if the film flops, no one will remember and if it’s a success, it will launch his career.

What do you guys think about Jamie Dornan playing Christian Grey? Let us know in the comments.