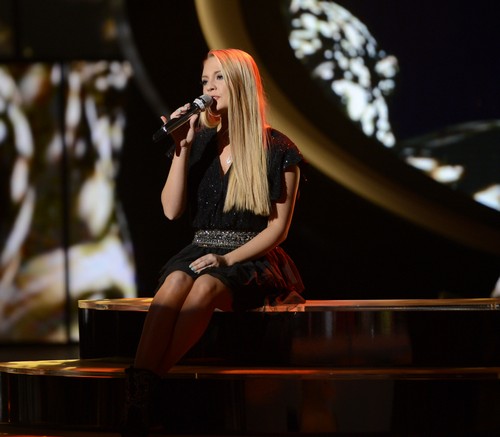 JANELLE ARTHUR performed “When I Call Your Name” by Vince Gill for her Top 5 AMERICAN IDOL “Contestants’ Birth Year – 1989” performance tonight.  Did you watch tonight’s show? We did and we recapped it here for you.   The stakes are high, each of the remaining ladies wants to be crowed the winner of American Idol, so they will certainly be bringing their “A” game tonight.

On last week’s show Janelle sang two songs, the first “I’ll Never Fall In Love Again” by Burt Bacharach/Hal David.  Mariah said she loves her effervescence. Did she feel that she needed to push that second chorus? For her second song she chose, “The Dance,” by Garth Brookes.  Nicki said her performance was a lot better for her. She has a really nice voice, but it wasn’t enough to get a leg up over the other girls tonight.

Janelle Arthur – When I Call You Name… by IdolxMuzic