Jason Hoppy Wants Primary Custody In Bethenny Frankel Divorce, Did She Do This To Herself? 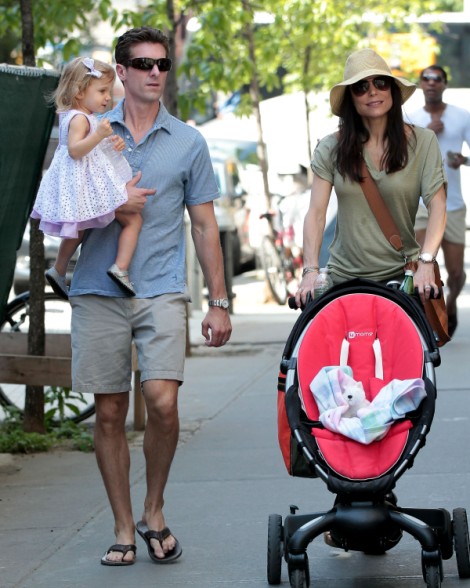 I hate to say I told you so but, really, who didn’t see this coming? The Bethenny Frankel divorce is rolling along and getting nastier than ever now that estranged husband Jason Hoppy has filed his response to Bethenny’s divorce petition. You remember that one, right? The self-made millionaire and creator of Skinnygirl margaritas went after Hoppy and his money with a vengeance in legal documents. Among other things she asked for child support, medical, dental, optical, therapeutic, and orthodontic expenses for her and Bryn Hoppy, and life insurance making her and Bryn beneficiaries. She also demanded the house and primary custody of their daughter.

I knew Jason wouldn’t just give in that easily but his response is way better than expected. According to TMZ, he isn’t having this one bit and is basically demanding all the same things from Bethenny that she demanded from him – including the house and primary custody. Now, I have no idea if he has a shot in hell of getting these things but maybe his new mantra is “Ask, believe and receive”.

Look, I’m not some sick voyeur super excited to sit back and watch this divorce get messy as all hell – well, not that much. I’m stoked because Jason isn’t lying down for this nonsense. It didn’t have to be this way. This all could have happened amicably but she just had to strike for blood first. Did she really think he was going to read that petition and think, “Right. My wife, who’s worth more than a hundred of me, wants all I have – oh, and my child. Sweet deal!” Hells no! She egged this on and now she has to deal with the negative exposure and legal fees. Was it worth it Bethenny?

Should anyone get primary custody? Jason Hoppy always seemed like a decent dude but he’s got to be drinking the crazy juice if he thinks he’s going to get it over the mother unless he can prove she’s REALLY unfit. Could he have something up his sleeve?