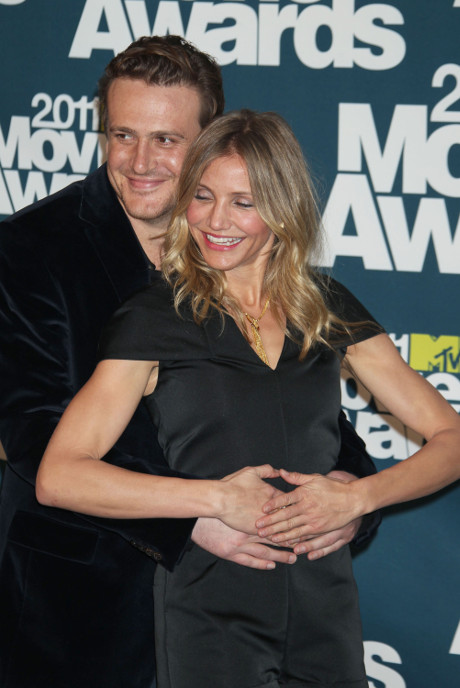 Are Jason Segel and Cameron Diaz hooking up and about to form one of Hollywood’s hottest new couples? The two were spotted on a super cutsey cozy date in the East Hamptons on Tuesday night and eyewitness seem to think that they were definitely dining as a pair — or perhaps as a couple with a developing romance.

Life & Style reports: “They were at [upscale eatery] Nick and Toni’s and seemed to be on a date,” one eyewitness tells the mag. And that’s not the only place the Hollywood hot shots were spotted — they were also seen shopping at Citarella food market in the same area! “They bought groceries and then drove off together,” an eyewitness on Instagram revealed.

Cameron Diaz, 40, and Jason Segel, 33, are currently working on Sex Tape, a movie about a married couple whose sex tape goes missing. We can only assume that they’ll go to great lengths to recover this little tape of sexual adventures. While these two definitely could be a couple, they could have just been dining out because they’ve formed such a friendship while working on the film together. However, I think a showmance might be in the works. What do you think?

This isn’t the first time Jason and Cameron have shared the screen together; they worked together on Bad Teacher, a hilarious movie where they appeared to have great chemistry. Perhaps they’re finally recognizing their romantic, real-world potential!

This would be Segel’s first major romance since splitting from Michelle Williams earlier this year.