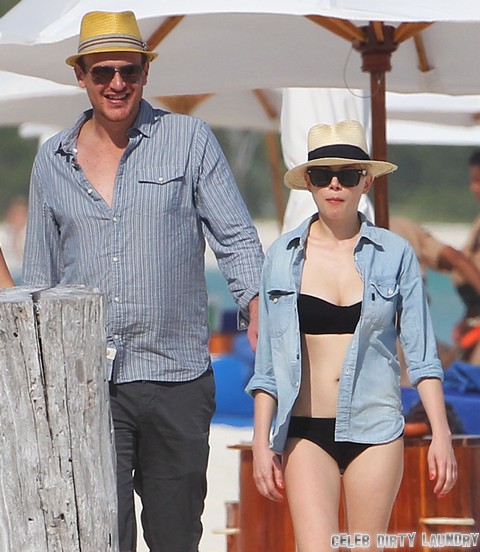 Michelle Williams pulled the plug on her year-long romance with Jason Segel back in February and it seemed to come as a huge shock to everyone. Now that a bit of time has passed, the reality of the situation has finally come to light. Apparently, 33-year-old Jason liked to party a little bit too much and it reminded Michelle of her ill-fated life with Heath Ledger. She walked away because ultimately, she needs a guy who is ready to settle down a bit and be a great influence on her 7-year-old daughter, Matilda.

According to the May 6th print edition of GLOBE, it took Jason all of a week to realize he totally blew it with Michelle. The heart broken actor got himself together and sobered up. He has since been spotted at Alcoholics Anonymous meetings in L.A. Jason has freely admitted that he absolutely loves the atmosphere in a good old corner bar, but he’s determined to be a better man so that Michelle will give him another shot. Supposedly it never even occurred to Jason that he had any type of problem, until it cost him a life with Michelle and Matilda. Now he’ll do whatever it takes to prove himself.

Michelle and Jason always seemed like such a cute couple together. It’s another example of how we never really know what’s going on behind the scenes. Do you hope that these two find there way back together? Should Michelle give it another whirl if Jason really cleans up his act? Do you think watching Heath’s addictions will ultimately keep her from marrying a guy that has a bunch of his own? Should she avoid guys with addiction problems and is that even possible in Hollywood? Tell us your thoughts in the comments below!