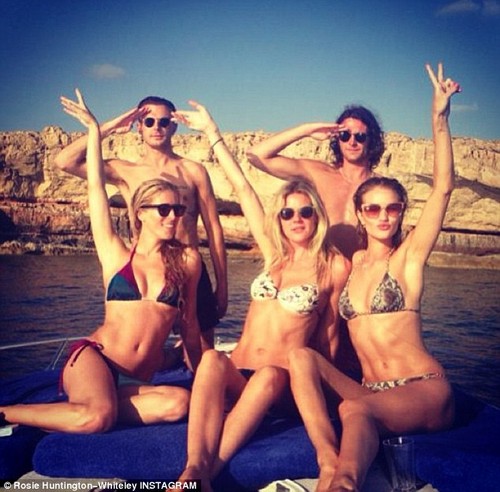 Rosie Huntington-Whiteley and Jason Statham were on what we called a break. The general rules of break is that it’s a breakup. It’s merely giving each other space that tends to always lead to break-up. So you see how their fans were all dying a little bit inside when their heard breakup and their favorite couple in the same sentence but here’s what our friends over at GossipCop are claiming. They say there never was a break and their unnamed source could beat Daily Mail’s unnamed source any day of the week. So who should we listen to?

To start we should really know that breaks aren’t always as bad as they sound. The break implies the couple are going through a rough patch and yet still love each other. GossipCop denies the break by saying the couple were spotted together two weeks ago – excuse me but every couple in history that is broken up NOW was together two weeks ago. That is their evidence that the split story is completely false.  Unnamed sources and mysterious insiders don’t really count for much, do they?

Do you know who is the most reliable source? It’s the couple. The very same couple that hasn’t come out to deny the stories. In other words that’s a split y’all. I’m sorry however Daily Mail is more telling with their many details than the one simple Gossip Cop denial. Do your job people. Jason was pictured dining with a group of women none of whom was his long-time girlfriend and Rosi has mostly been seen with her friends. That sounds like a desperate rebound for him and shoulders to cry on for her.

The break-up if not here yet will be coming along shortly.