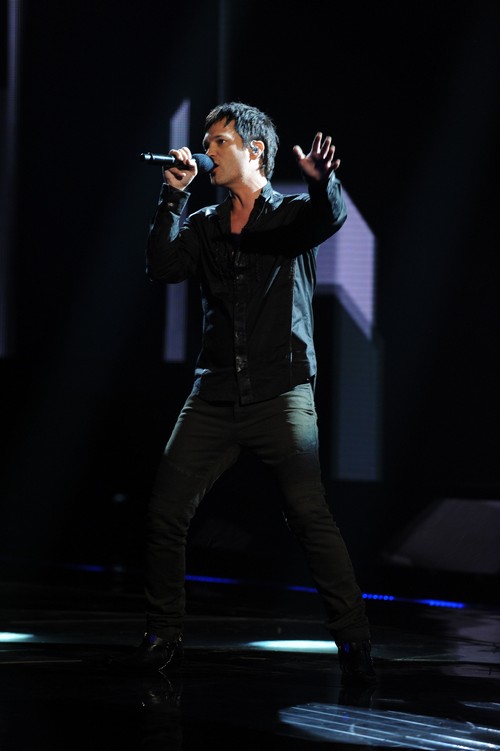 Jeff Gutt took the stage  on THE X FACTOR USA for his Top 10 live performance and British Invasion Night.  Jeff Gutt sang “Bohemian Rhapsody”  by Queen. On tonight’s show the top 10 performed live in front of coaches Simon Cowell, Kelly Rowland, Demi Lovato and Paulina Rubio for America’s vote and to make it to the coveted “Top 8.”  Did you watch tonight’s performance show? We did and we recapped it here for you.

Judges’ comments: Paulina said, “What a powerful way to start the show.  The transitions were rough, but you did you great job.”  Demi said, “You know I am big fan of yours and am happy to see you continue to do a good job, best performance yet.”  Simon said: “This could have been great or a disaster,vit is your best song yet.”  Kelly said, “You were fantastic, you rocked this week!”

If you want to see Jeff make it another week, you have to vote for him.  Jeff took to his twitter to ask his fans to vote, vote and vote for him.