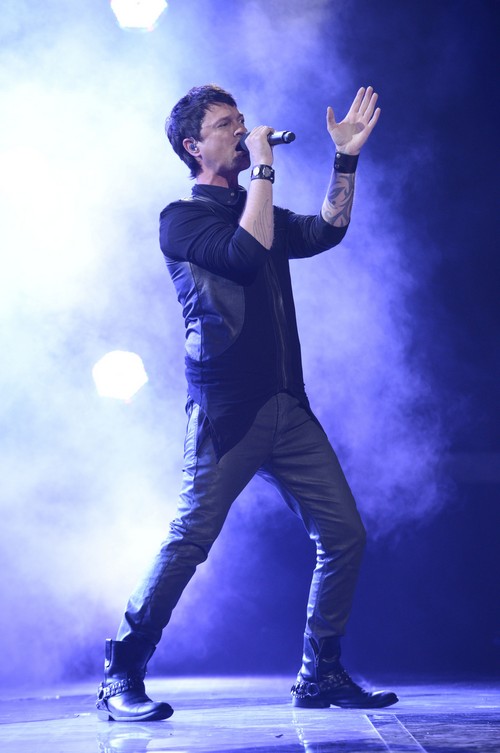 Jeff Gutt took the stage  on THE X FACTOR USA for his Top 3 FINAL live performances to impress America with a reprisal of his audition song. From team Kelly Rowland, Jeff Gutt sang “Creep”  by Radiohead.  On tonight’s show the top 3 performed live in front of coaches Simon Cowell, Kelly Rowland, Demi Lovato and Paulina Rubio for America’s vote and to be crowned the ultimate winner of The X Factor Season 3.  Did you watch tonight’s performance show? We did and we recapped it here for you.

Judges comments: Demi said, “Jeff that was amazing. I had a moment that said I felt like it was a stadium performance.”  Paulina said, “Gutt, Gutt – I enjoyed this performance there is nothing missing you are the perfect artist.”  Simon said, “You know Jeff I am happy you sang that song.  That was the song that got it back in the competition.  You have had a fantastic night.  I wish you all the luck.”  Kelly said, “I have said it before I cannot tell you how much it has made my heart grow watching you.  America I need you get behind Jeff and vote for this incredible star.”   If you want Jeff to stay around another week you have to vote for them.  Right now it is anyone’s game and it is the last chance for the acts to impress.