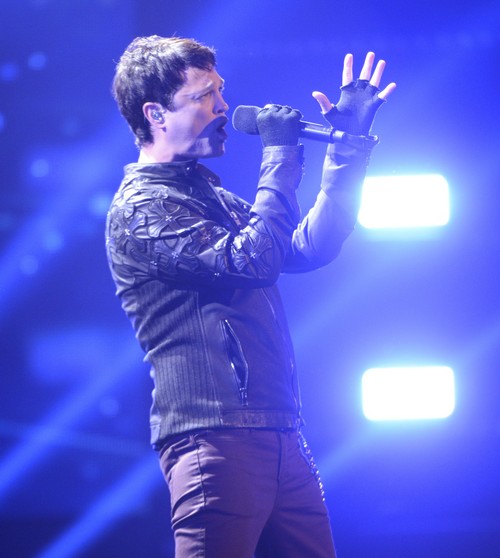 Jeff Gutt took the stage  on THE X FACTOR USA for his Top 3 FINAL live performances to impress America with their Christmas song. From team Kelly Rowland, Jeff Gutt sang “O Holy Night”  a well-known Christmas carol composed by Adolphe Adam in 1847. On tonight’s show the top 3 performed live in front of coaches Simon Cowell, Kelly Rowland, Demi Lovato and Paulina Rubio for America’s vote and to be crowned the ultimate winner of The X Factor Season 3.  Did you watch tonight’s performance show? We did and we recapped it here for you.

If you want Jeff to win you have to vote for them.  Right now it is anyone’s game and it is the last chance for the acts to impress.

On tonight’s result show two last acts will be eliminated and the winner of The X Factor will be crowned.  Leona Lewis will perform live with “One More Sleep,” One Direction with “Midnight Memories,” Leah Michelle, “Cannonball,” and Mary J. Blige on the last result night on the “X Factor” USA.