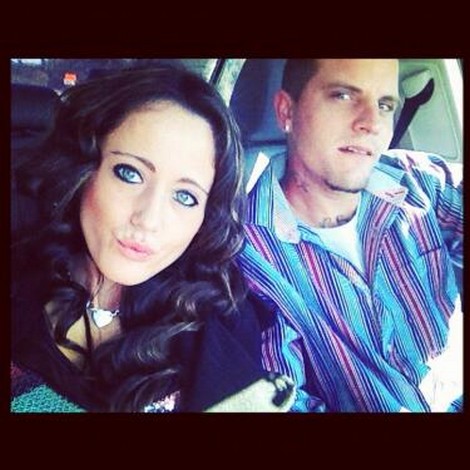 She’s not there yet. I’m talking about Teen Mom 2 star Jenelle Evans. After suffering through some really tough stuff over the last several months one would have hoped that the perils of abuse, drug abuse, miscarriage and a quickie marriage would have caused Jenelle to try to pull it together. But here’s the problem- heroin isn’t so easy to quit. Especially when you are Jenelle and battling so many damn demons. She probably prefers the escape over the reality of her life and that preference led to her arrest earlier today.

Details are sketchy but E! News has confirmed that Jenelle was arrested today for alleged heroin possession, possession of drug gear and simple assault on husband Courtland Rogers. In other words, she still hasn’t hit rock bottom even though her life has been lived while sitting at the bottom of a personal hell hole that she seems to make worse rather than better. Why does she take these bad boys back? I mean Courtland is just the latest in her typical string of tatted, fast talking, drug shooting abusive men. The names and faces change but at root she is always with a man that treats her like a trash bag and inevitably she is arrested because of being with them.

Jenelle has been an admitted junkie for years. Rehab hasn’t worked and going back to the guys she previously dumped, well that never seems to work out either. This time around it looks pretty bleak for Jenelle because if this shakes out the way it looks like it should, she’s going to be charged with a felony or two. Then she’ll never see her son, Jace. Remember him? He’s the reason that we even know who Jenelle is! If not for her teen pregnancy she wouldn’t have landed on MTV. Ironic that she used her baby to get famous but has become infamous for criminal activity.

Tell us your thoughts on Jenelle’s arrest in the comments below!