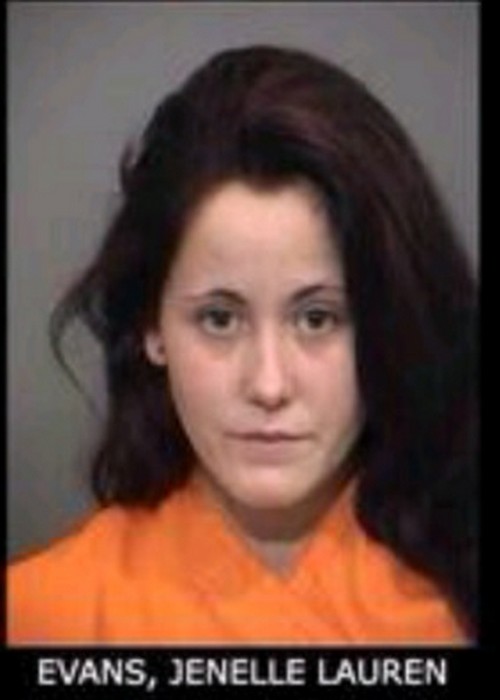 As if pregnant Teen Mom 2 star Jenelle Evans didn’t have enough problems, now she is supposedly battling depression. Just last week Jenelle Evans confirmed she is pregnant, and then three days later she got hauled off to jail by the North Myrtle Beach Police on a “breach of peace” charge after a domestic dispute with her baby-daddy Nathan Griffith.

Jenelle has received a ton of back-lash from her Twitter followers and the media regarding her latest pregnancy. It doesn’t help Jenelle’s case that she doesn’t have custody of her four year old son Jace, is married to another man (Courtland Rogers), and she just got done telling the world that she has changed her ways literally hours before being arrested.

So, what is a Teen Mom to do when the world is out to get you? Well, play the victim of course! Not only did Jenelle claim she was “set up” by her neighbors when she was arrested, now her baby-daddy Nathan Griffith is taking to Twitter to tell the world that Jenelle is currently battling depression, and pleading that we take it easy on her.
Nathan Griffith posted this message on Twitter today, “I love Jenelle with all my heart and we weren’t arguing outside the house. She’s really depressed. Please stop the bullying.”

If by “bullying” he means posting the truth about her discrepancies, then no we won’t stop. Sorry Nate!