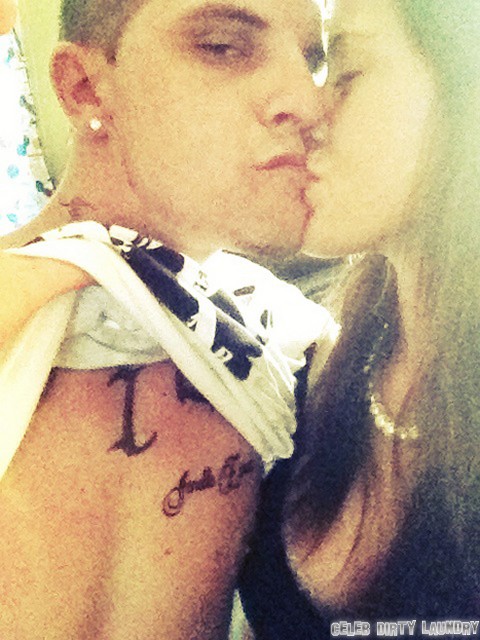 Teen Mom 2’s season finale aired Monday night, and it was actually quite depressing to watch. Isn’t the point of reality television to engage in an hour of brainless activity? It’s a good thing that this might be the last season, as MTV has stated that they were not confident in the future of the show. You know what I say to that? It’s about freaking time.

We’ve already covered the fact that most of what takes place on Teen Mom is likely scripted, including MTV’s exploitation of Jenelle Evans’ heroin addiction.  Jenelle tweeted multiple times ahead of the finale, saying, “It’s hard staying sober because all the problems in your life you just forget about when you’re high. Can’t watch tonight’s episode. I [know] what I’ve done wrong, but that’s in the past. I’m looking towards my future. At least I have guts to share my story, but would u?”

You know, it’s admirable that she’s facing her addiction head on. It’s not so admirable that it’s being broadcast for the entire country to see. An addiction that serious, especially to a drug like heroin, is a traumatizing experience and incredibly personal. The fact that the show continued to film everything that happened is shocking and would be a gross invasion of privacy if Jenelle had not signed off on it. Look, she wants to be famous – I think that’s a given. It seems to be a way for all these Teen Moms to be able to make the kind of money they would never be able to otherwise. But for MTV to let them do it is a whole different story.

Did you guys watch the season finale of Teen Mom 2? Do you think MTV is crossing the line when they continue to air episodes like this?  MTV cancelled Buckwild after massive criticism of its exploitative programming – let’s see no more Teen Mom shows, please!  I mean really – Teen Mom turns tragedy into TV.  What do you think?