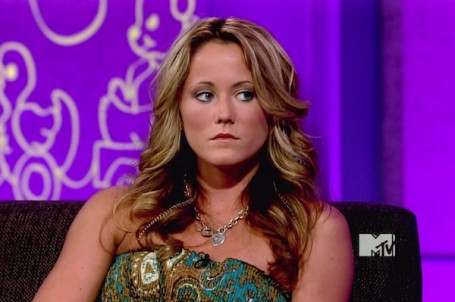 Jenelle Evans has been all over the news for the past couple of days because of her arrest and rumored heroin addiction. Unsurprisingly, this has managed to bring a lot of publicity to both her and MTV’s Teen Mom 2, which leads us to the question: was all of this scripted?

Everyone should know by now that reality television is almost never ‘reality’ television. Most of the situations in these shows are scripted, even if the dialogue is not. In fact, a recent ‘Teen Mom’ insider who was a cameraman for the show revealed that the show was ‘heavily scripted’ and ‘that it gets to the point where the director is feeding them lines.’

Now, that is an accepted part of reality television. Where it starts crossing the lines, however, is when situations involving drug addiction are contrived. Now, it’s hard to fake a real heroin addiction, so it’s likely that Jenelle did have some sort of heroin addiction in the past. That being said, it wouldn’t surprise me to see that MTV has taken advantage of that situation and used it to bring publicity to their show. MTV is notorious for using their reality stars’ vices to bring viewership to the show, and they’ve shamelessly exploited so many of their ‘stars’ in the past that it’s gotten beyond the line of accepted reality TV boundaries. The fact that the show is called Teen Mom should clue you in to the lengths these people will go to get publicity – and in this scenario, who is looking out for the actual children of these ‘teen moms’?

So did MTV exploit the situation with Jenelle? It’s not clear, but it actually looks like Jenelle is still shooting for Teen Mom 2 even in the midst of all this, which should tell you something.