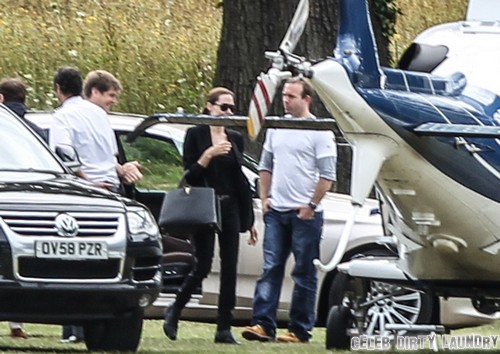 Awkward. According to a new report from E!, Jennifer Aniston ended up changing a flight last minute after finding out that Angelina Jolie was booked to be on the same flight.

According to the report, both Aniston and Jolie were scheduled to be flying out of Los Angeles on Sunday, and both were booked on First Class with British Airways. However, an employee apparently realized that it might not be the best idea for the two be seated on the same flight and decided to change it.

A source tells E!, “[The employee] realized the flight might be awkward for Brad Pitt’s current and former partners and informed Camp Aniston about the potentially uncomfortable situation. Jennifer’s schedule was subsequently changed. Both ladies were blissfully unaware of the reason behind the switcher and had no idea they were originally meant to be on the same flight.”

Although Jennifer’s rep denies the rumors, I wouldn’t be surprised if it was true. We know that Angelina Jolie was spotted taking a private flight in London, so she was definitely there. The only reason I would doubt this report is because Angelina usually takes private jets, but she might have decided to do something different this time. Maybe that, or maybe a private jet wasn’t available. There are multitudes of reasons that Angelina traveled on British Airways, but it is interesting that Jennifer’s reps were the ones who changed the flight. Either they’re better at their jobs and spotted Angelina on the manifest first, or Angelina’s employees knew she wouldn’t care and didn’t do anything about it.

What do you guys think? Will the Angelina Jolie and Jennifer Aniston feud ever end? Almost ten years later, it still seems to fascinate people. Let us know your thoughts in the comments. 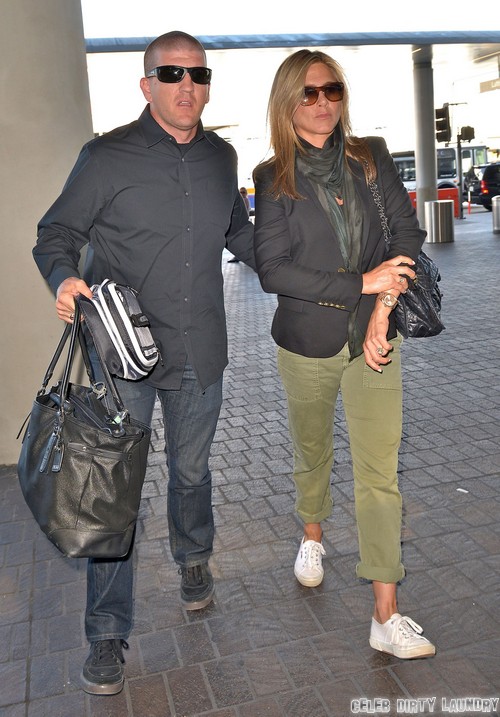