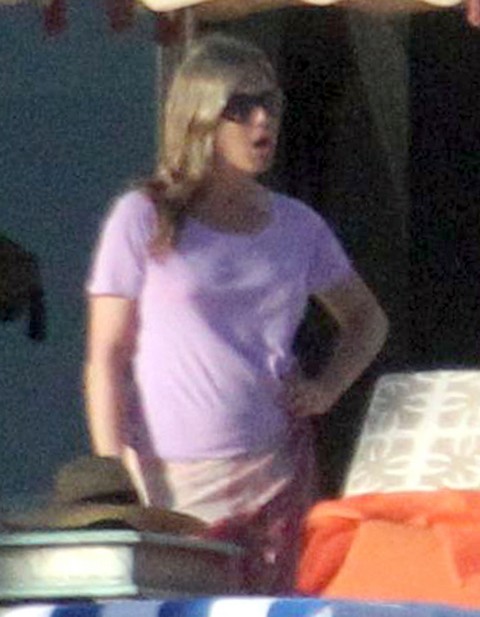 Jennifer Aniston may be truly in love with Justin Theroux, but that doesn’t mean their relationship will last! The couple spent the holidays in Mexico on vacation, where a few huge fights broke out. In one, Justin said that Jen was too self-absorbed for him, and wanted to move back to NYC to be with his intellectual friends! And he isn’t just struggling to carry out a conversation with the plastic surgery addicted actress! Even lounging poolside, he’s dead bored around her, and they’re on the verge of breaking up!

A source revealed yet another argument to Star Magazine, print edition January 21, 2013, “After four days, Justin started getting restless. When Jen started harassing him about ignoring her, he said he wanted to cut the trip short. She flipped out and said if he really loved her, he wouldn’t be bored.” I think she’s being just a tad dramatic! First, whether he loves her or is just involved to boost his own career is a huge question! Second, who wouldn’t be bored with their life? I’m sorry! I’m sure that the exotic travelling, shopping, dining, and Hollywood life is very exciting at first, but eventually don’t you just have too much money? What’s left to do?

Photos from their vacation show the couple looking grim faced, and often spending time alone. In fact, Justin ditched Jen after the fight to go ride his ATV! Jen was, of course, furious to be abandoned and immediately called up her girlfriends to whine about his behavior, reported Star. I think Jen is putting too much pressure on their relationship. Justin has already adjusted so much to her life, and it isn’t fair that she wants him to be her jester! They need to preserve their personal identities while growing as a couple! Will they make it down the aisle, or call it quits on their next 5-star resort vacation?