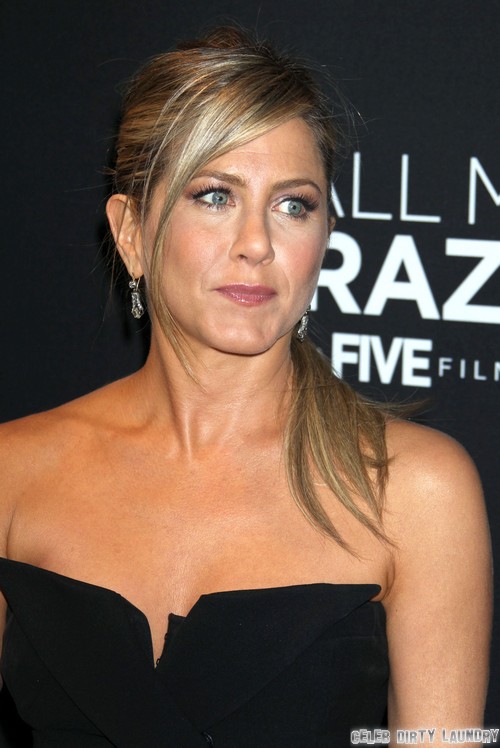 Oh, the ever so unlucky Jennifer Aniston. Will she ever find the right man for her? We all though Justin Theroux might be the one to sweep her off her feet and fill the Brad Pitt-sized void in her heart, but alas – it was not meant to be.

According to the latest cover from Life & Style Magazine, Justin Theroux has gotten cold feet as his marriage to Jennifer Aniston approaches. Sources close to Justin have been saying for several months now that Justin is no longer interested in marrying Jennifer, especially because he’s gotten all the leverage he needs for his career and public profile. You have to feel bad for Jennifer – every guy who dates her either wants to use her for publicity reasons [cough, Bradley Cooper, cough] or eventually leaves her for another woman.

To be fair, Jennifer and Justin lasted a lot longer than anyone thought they would. Before Justin, Jennifer was cycling through men faster than Hollywood was cycling through anorexics, and eventually, it became obvious that they were almost all set up by her publicists. But with Justin, there was semblance of authenticity, and it was almost believable that they were together for each other – not the fame or attention.

Of course, that illusion was soon shattered with Justin’s famewhorey ways, but it was fun while it lasted. But it’s even sadder now, knowing what could have been. Who will Jennifer walk the aisle with when attempting to steal attention from Brangelina and their wedding? She’ll have to announce a baby now to steal their thunder, and unless she adopts, it doesn’t look like it will be happening any time soon.