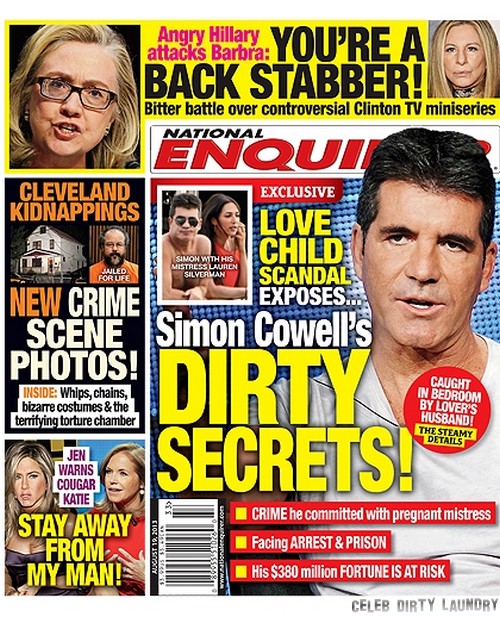 Apparently there was this whole epic love triangle going down and no one realized it until recently. You would think seeing as it involved Jennifer Aniston that people would have picked up on it. I mean come one, how many times will people use the excuse that Jennifer just can’t seem to pick a guy who is truly  interested in her. Her second marriage hasn’t even started yet and already she’s losing Justin Theroux to another woman. Wow Jen manybe it is you.

There are only so many times that a woman can be dumped for someone else though. So Katie Couric watch your back because Jen isn’t giving up Justin Theroux without a fight. Katie was using investigative journalism in order to pry into Jen and Justin’s love life.  But according to the National Enquirer, print edition Aug 19th, Jennifer suspects that what Katie really is interested in is sleeping with Justin, not reporting on him! Yeah – Katie Couric wants to bed Justin Theroux! But Jennifer has been through Angelina Jolie and she wasn’t going to take it again from the perky midget on channel 7. Reportedly Katie had come on Chelsea Handler’s show in order to get some dirt on Jen. Low blow by the way – but shockingly Chelsea didn’t spill any state secrets.

She actually helped Jen declare war on Katie. It was only days ago that Jen was on Chelsea’s show. When Chelsea asked the perfectly staged question about Katie; Jen’s reply was “What’s Katie Couric?“

There’s no better way to defeat the enemy than by treating them with complete insignificance. Harsh but effective. Now what’s Katie going to do. She can continue to pursue Justin, however anything after what Jen did will only make Katie’s actions appear vindictive.  Of course all of this could just be in Jen’s mind – after all losing Brad Pitt is not something she has ever gotten over.

Anyway there’s always rumors popping up that Jen’s pregnant. Doesn’t anyone realize how those rumors have been more frequent lately. Coincidence? I think not!!!

This is Jennifer Aniston as we’ve never seen her. Actually holding on to a man.