Jennifer Aniston and Justin Theroux Getting Married This Weekend With Secret Wedding Ceremony? 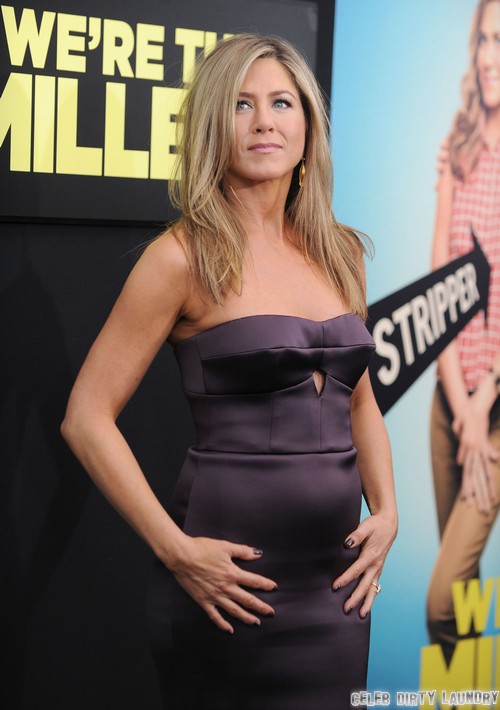 There has been so much baby talk surrounding Jennifer Aniston recently that for a second we almost forgot that she supposedly has been planning a wedding that at one point appeared to be postponed.  It looks like that postponement could have been intended to fool the press that so loves to follow every single step of Jen’s life.

According to The Daily Mirror, Jen sent out a bunch of invitations for fiance, Justin Theroux’s 42nd birthday party but there’s a catch – those in attendance will actually be on hand for a wedding not just a birthday bash. Supposedly this was the couples’ way of getting all of their loved ones together in a way that was low key and wouldn’t raise suspicion.  If this report is true then Jen and Justin would be set to marry this coming Saturday in their new L.A. Home.

I’m not so sure that I’m buying this story. Jen hardly seems like anything less than a micromanaging planner and rather than spending this week handling details and making sure all of her ducks are in a row she has instead been doing a large press junket to support her new flick, We’re the Miller’s. I just don’t see Jen flying in to get married and then heading back to work next week!

Rather than rush a wedding I’m thinking that the pregnancy rumors could be true and that’s one of the reasons why they postponed it in the first place. What do you think will come first for Jen- a baby or a new husband? I’m going to go with the baby this time around. I’m not sure if I really can see her marrying Justin, can you?  Tell us your thoughts in the comments below!