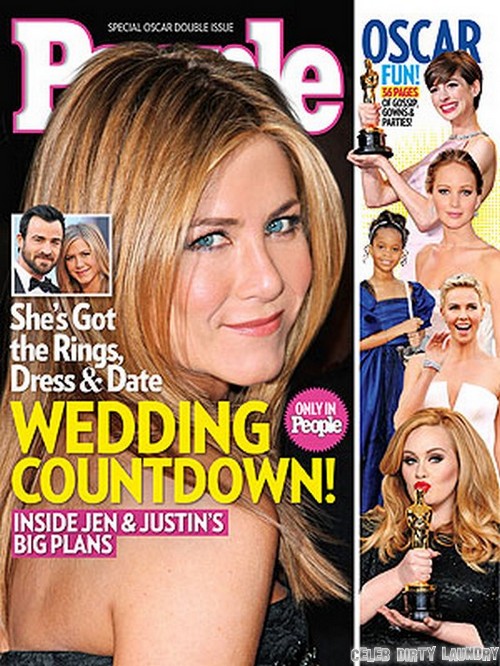 Jennifer Aniston graces the cover of the latest issue of People magazine and it would appear that the actress is in the middle of planning her wedding to Justin Theroux.

The magazine reports that Jen has already accomplished a lot of the major things needed done in wedding planning. She has already set the date, chose wedding bands and has been narrowing down which dress she’s going to wear for her big day.

According to the magazine, Jennifer and Justin’s wedding won’t be a lavish to-do and it will take place shortly after she finishes filming her current movie project on March 8th. Perhaps that’s why she’s being such a diva on the set of her new flick? She might just be eager to get the filming over with so that she can get hitched to Justin before some nefarious broad swoops in to whisk him away?

A source close to Jen said of the wedding, “It will be a small affair with their closest friends. Jen seems more confident than ever…and they’ve become a great team.”