Jennifer Garner Refuses To Act In Movies With Ben Affleck – Why? 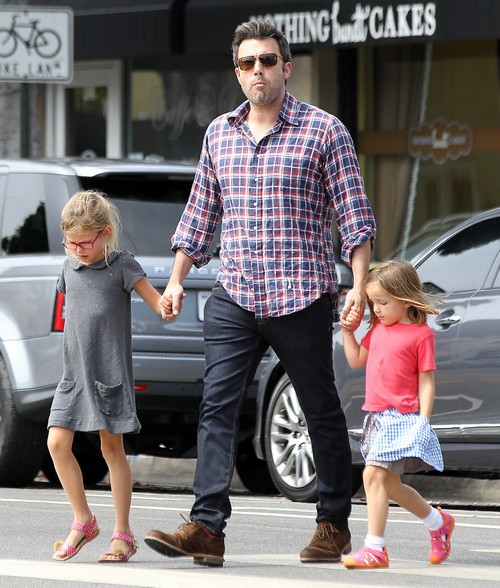 After his Oscar success earlier this year, Ben Affleck is one of Hollywood’s golden boys right now but his wife will never work with him. Jennifer Garner seems to flip flop a bit because when Ben is away working for huge chunks of time she has complained about being left to wrangle the couple’s three children alone. Now that they’ve had a few months to really reconnect she thinks that they spend more than enough personal time together, they don’t need a working relationship as well.

According to the Sept. 16th print edition of GLOBE Jen also believes that because she and Ben are photographed together all the time when out and about with the family, it would be a tough sell to pair them onscreen. People would still see them as Ben and Jen regardless of what rolls they were tapped to play.

Jen also refuses to walk the red carpet with her husband. While she is somewhat content to let him go away for work, she never wants to completely lose her identity. At one point Jen was a Hollywood powerhouse and her career was actually hotter than Ben’s. She doesn’t want to be reduced to just his wife when walking a red carpet, so she refuses to do it all together.

Do you think that this couple is happy overall? We’ve been hearing rumblings of trouble on and off for awhile now, but do you think there’s any truth to it? Is there fire behind all of the smoke or are they just a typical couple that goes through rough patches now and then? Tell us your thoughts in the comments below!