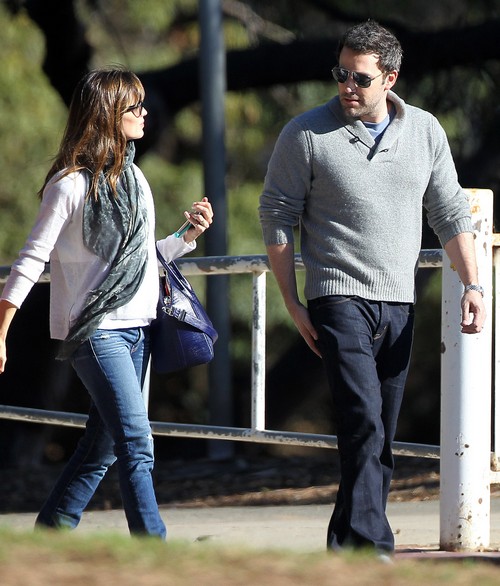 My guess is that it’s not always easy being married to the next Batman. Especially when you are Jennifer Garner, a Hollywood player who commanded more respect and kudos than Ben Affleck when they first hooked up. Now, three babies later Ben’s career is obviously thriving and while Jen chooses to put her family first, she admittedly is itching to really work again. That has to lead to a little bit of resentment, don’t you think?

Originally Ben and Jen seemed to be alternating projects while swapping parenting duties but recently it seems that Jen is changing many more diapers than Ben. He has had a bang up year especially coming off of the success of Argo and he claimed that he couldn’t wait to spend quality time at home. That time seemed fairly short lived though before news broke that he had signed on to play the next Batman. Ironically this move came right on the heels of Jen talking about how she felt it was now her turn for a crack at an Oscar!

Mix all of these components together and you’ll likely find many reasons for Ben and Jen’s recent visit to a prominent LA marriage counselor! They were photographed leaving the office according to Perez. They look like they are still kind of chatty and on decent terms – of course that could be just for the paps. Perhaps it was their first visit, before they actually open up and start to deal with the real problems that make for really rough sessions.

Do you think that Ben and Jen’s marriage is in serious trouble or are they simply smart enough to talk to someone and make adjustments along the way to stay on the same page? Tell us your thoughts in the comments below!