Jennifer Garner Wants Ben Affleck To Stay At Home As “Mr. Mom” While She Works On Career? 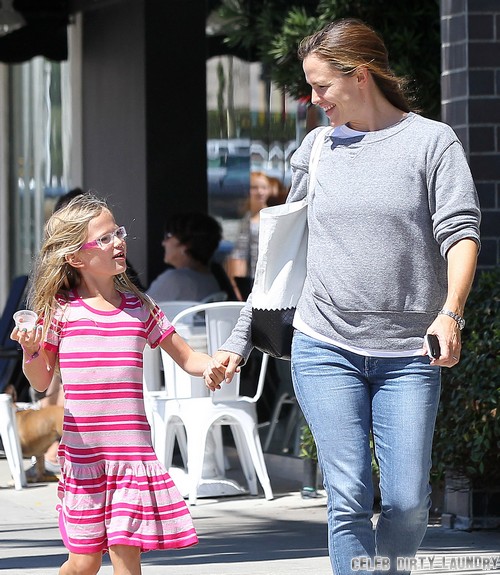 I don’t know if it’s true, but I have no problem believing this story. A new report from Star Magazine claims that Jennifer Garner wants Ben Affleck to be ‘Mr. Mom’ while she rebuilds her career. It’s about time, right? She supported him all of last year when he made and campaigned for Argo, and now that he has his Oscar, she at least deserves a chance at a steady career. Yes, we know it’s very unlikely that she will end up with an Oscar, but doesn’t she deserve to known for being something other than Mrs. Ben Affleck?

Star quotes a ‘source’ saying, “Jennifer has played homemaker while Ben has been the toast of the town,. She is so proud of Ben, but she used to have a red-hot career, and she wants it back.” Um, okay. What crack is this source smoking to think that Jennifer used to have a ‘red-hot career’? She is best known for her romantic comedies and her starring role on a TV show – I hardly call that a ‘red-hot career’, especially when you compare it to her husband’s directing gigs. Yes, she’s made steady income, and she is much better than a lot of other starlets out there right now, but her choices have largely been terrible. Maybe that’ll change now, with Ben’s new profile, but apart from brief supporting roles in Catch Me If You Can and Juno, most of her films tend to be negatively reviewed.

Anyway, despite that part, I agree that Jennifer is probably getting a little irritated by not being able to concentrate on her career. Yes, she has Dallas Buyer’s Club coming out and she was set to film several movies next year, but since Ben also landed Gone Girl [David Fincher‘s next movie], will she able to do those roles? There’s no way Ben’s giving up a Fincher movie. We don’t know about the scheduling yet, it just seems like Ben never really seems to be taking a break from working, and all I see is Jen picking up the kids from school.