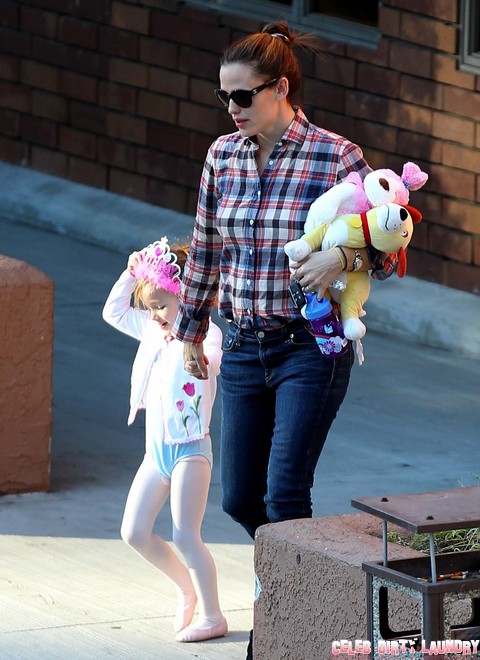 Most Hollywood couples don’t last more than a couple years, if that and so it’s really hard to pull for any of them. Jennifer Garner and Ben Affleck may be one of the rare exceptions to that rule because they’ve already been together for nearly decade and seem to be able to balance family and work as well as possible. Baby Samuel joined the family last February and at the time Jen insisted that she is completely over the idea of any more children. By august she was quoted as saying, “The fact that Ben wants another is true…I can tell you that would be a pretty uphill battle with me though.”

It looks like there’s a possibility that Ben may have won the uphill battle. The January 28th print edition of the GLOBE mentions a recent outing with Jen and her 7-year old daughter, Violet.  The two were spotted shopping in Hollywood and at the time Jen appeared to have yet another baby bump. If the couples’ appearance at the Golden Globes last weekend is any indication, then things are very on track and their marriage appears to be rock solid. Plus Ben’s film Argo has picked up numerous awards already and he seems to be a man that likes to balance the scales. Work success is usually followed by something special in his personal life.

Will that something special be a new baby?  Jen has really sacrificed what was becoming an amazing film career in order to devote the bulk of her time and energy to her family. Do you think she misses acting regularly or is she happy to stay at home while Ben brings home the big checks? Are Jen and Ben about to have another new addition to the family? Tell us your thoughts in the comments below!