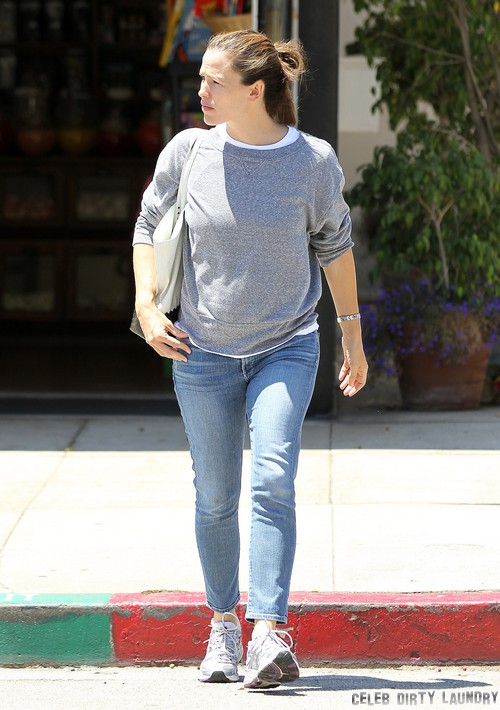 Is Jennifer Garner really pregnant? That seems to be the question on most people’s mind right now, especially with her staying out of the spotlight. Of course, that could just be her taking a break since she just wrapped a film and finished up an exhausting awards season pimping her husband’s movie.

For now, any pregnancy rumors are based purely on speculation and bump watch. All the paparazzi are trying to get unflattering pictures of her and her stomach so they can sell PREGNANT! pictures to the highest bidder. Now, while she definitely looked like she was sporting a baby bump in her last set of paparazzi pictures, it could very well have been some excess weight. Let’s face it – even celebrities gain weight sometimes, and Jennifer’s clearly been relaxing after a busy year.

Jennifer was most recently spotted taking zumba classes. For those who think she’s pregnant, they’re trying to argue that zumba is largely safe for pregnancy and that she could just be trying to stay active and fit. Those who disagree and say that she’s not pregnant are saying that she was pictures doing moves that definitely would not be safe for a pregnant lady, and therefore there’s no way she’s pregnant.

Of course, the actual pictures of her doing Zumba are not very revealing, although they again show that Jennifer does have a small bump. It could be a baby, and it could be extra weight. I mean, she could have also heard all the online chatter about her being pregnant, and decided to up her Zumba regimem to lose that extra weight. It’s unfortunate that female celebrities can’t put on some extra weight without being called ‘pregnant’, but that’s the media society that we live in nowadays.

Jennifer Garner out and about with her daughter Violet in Pacific Palisades, California on August 5, 2013