Jennifer Lawrence And Bradley Cooper NOT Dating – Read Here Why Not 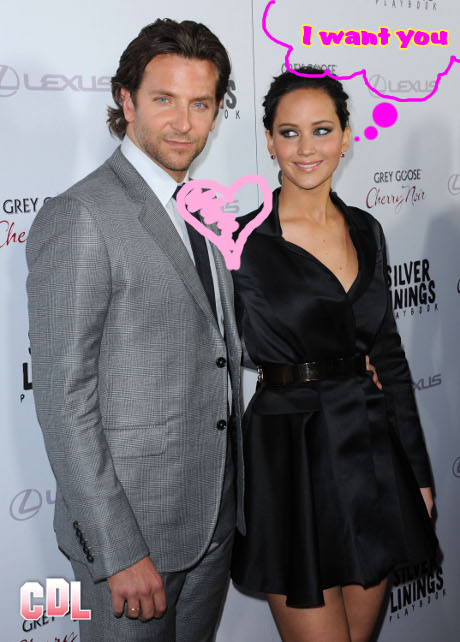 Jennifer Lawrence and Bradley Cooper walked the red carpet at the Golden Globe Awards last night looking like two peas in a pink pod. They starred together in Silver Linings Playbook, so it wasn’t  odd to see the coupling. Now, however, the question on everyone’s bitten lips – are they dating? Yes? No? No. They’re not. He recently broke up with Zoe Saldana. She recently broke up with Nicholas Hoult. They’re not rebounding – or are they?

They are co-stars in one of the most celebrated films of the year, but being a co-star does not always equal a romantic relationship. We have reported here on Celeb Dirty Laundry that Bradley Cooper’s gay rumours are flying around like pygmies with wings, so there’s always a possibility that J-Law could be Cooper’s BFF. She, on the other hand, is as cool and as awesome as cucumber in a cryogenics lab.

There’s a strong possibility that Lawrence will win an Oscar this year for her performance in Silver Linings – she already took home the Golden Globe Award last night. So, we ask, could this actually be a bit of a publicity stunt? Could the rumours of romantic relations between these two be just that? Could Cooper’s PR people be covering up? It’s a possibility. It has happened before – read Kristen Stewart/Robert Pattinson Twilight Breaking Dawn Part 2. It doesn’t take much for a clever PR person to slip a document under TMZ’s desk and blow the story up. We honestly don’t think they’re dating. They are at the tippy-tops of their careers, so a romantic affair between these two would never, ever work. (Didn’t he and Saldana split because of their hectic work schedules?)

What do you think CDL readers? Do you think these two are hitting it off? Let us know your thoughts in the comments below.