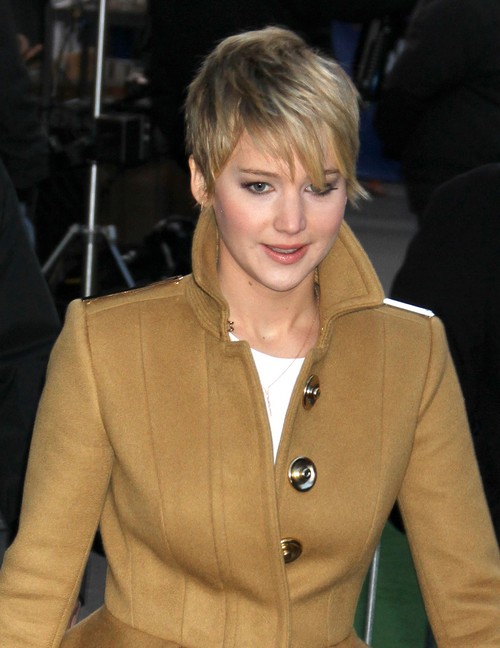 Jennifer Lawrence is one smart lady! So smart that she knows better than to trust Kristen Stewart around her man, Nicholas Hoult! It’s not like Kristen has ever made a move towards Nick, but Jen’s not taking any chances here. She and Nick recently reconciled and well, Kristen’s reputation proceeds her. She became a factor in Jen’s relationship recently when the Oscar winner learned that her boyfriend was in the running to play Kristen’s lover in the upcoming film Equals.

Celeb Dirty Laundry wrote 6 weeks ago that the tabloids would do exactly what they are now doing – turning the innocent fact that Nicholas and Kristen are costarring in Equals into a putative love triangle with Jennifer.  We should charge royalties… anyway read on and enjoy.

According to the Dec. 16th print edition of Star Magazine Jen freaked at the very thought of Nick working with the infamous trampire and all but forbid him to take the role should it be offered. I have to admit, I’m surprised that we haven’t heard more of this kind of reaction to the notion of working with Kristen! I have to think any woman would hate the thought of her man being cast opposite the known home wrecker, right?

As for Jennifer, do you think she really has much to be concerned about? I mean she and Nick took a conveniently timed break so that she could appear to be a strong, single lady while taking home that Oscar but they got back together pretty quickly afterward. It leads some to wonder if they ever really had separated in the first place. I don’t really see Nick gravitating towards Kristen even if they are paired in love scenes onscreen, do you? Would you forbid your man from working with Kristen too? Can you blame Jen for sending out a huge warning? Tell us your thoughts in the comments below!