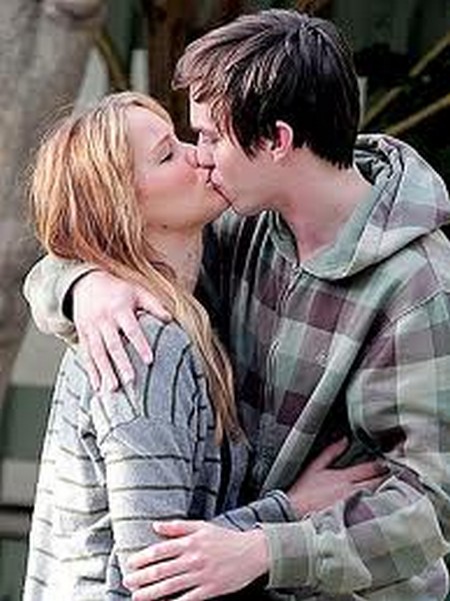 Rejoice, Nicholas Hoult and Jennifer Lawrence fans. Your favorite couple is back together, and they stepped out holding hands at the X-Men: Days of Future Past wrap party in Montreal.

Now, Lawrence and Hoult both met on the set of the first X-Men movie and they were able to quietly date before Lawrence’s fame exploded after the release of the Hunger Games last year. And then, when she had to go into awards campaigning, she and Hoult broke up – although everyone at the time had stated that the split was probably temporary.

Now, they are back together, but will it last? According to several sources, the main reason Hoult broke up with Lawrence before the Oscars was because her fame was becoming overwhelming for him, and he didn’t know if he wanted to be in the public eye that much. But since they were filming in a largely isolated environment in Montreal, they were able to conduct their business without a ton of paparazzi documenting their every move. They were also largely able to stay undercover even when going around Montreal, and there were only a few fan pictures that made their way online.

So they managed to rekindle their romance in peace. But now that Lawrence is about to head back into the thick of things with promotion for Catching Fire and another possible awards season with American Hustle, will she and Hoult break up again? Or will they fight through it?

It might just be me, but I feel like this is one of those couples that will forever be breaking up and getting back together, but without any sort of drama. It’s almost refreshing, because it’s so normal.