Jennifer Lawrence Breaks Up With Nicholas Hoult – Robert Pattinson Next? 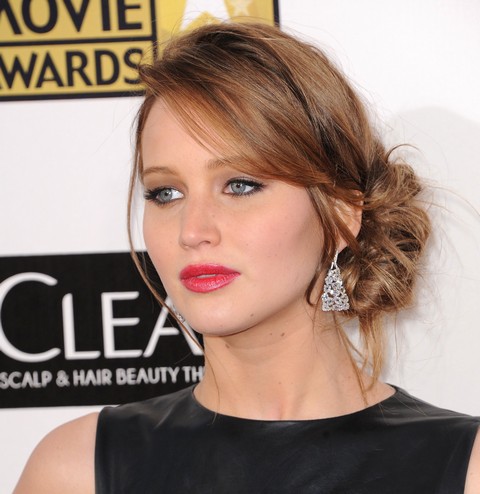 It looks like another of Hollywood’s hottest female stars is back on the market. Jennifer Lawrence and Nicholas Hoult met on the set of X-Men: First Class back in 2010 and have been hot and heavy ever since.  According to insiders the couple has simply drifted apart but you’d have never known it from an interview that Jennifer gave to Elle Magazine just a few months ago! Back then she gushed about eating Cheetos and watching beach volleyball with Nick. They sounded thick as thieves.

“He is honestly my best friend, and hopefully I’m his best friend, too. He’s my favorite person to be around and he makes me laugh harder than anybody.”

So what went wrong with the lovey-dovey couple? Perhaps Jennifer’s star is outshining the Englishman’s and she has decided it’s time to trade him in for a Hollywood power house actor, or at least someone better known to the American fans that seem to adore her. She really shot to fame for her part in The Hunger Games and is also winning raves for the Silver Linings Playbook.

While Jennifer has been hitting the Awards show circuit Nick is gearing up for his next project, Warm Bodies to hit theaters on February 1st.

Now that she’s newly single, who do you think would be a great match for Jennifer? Also fresh on the market are Justin Bieber and Harry Styles, but I kind of think Jennifer is the kind of girl to want an older guy this time around. Perhaps Robert Pattinson needs to kick old sour puss to the curb once and for all! He and Jennifer could make a really smoking hot Hollywood couple, don’t ou think? Tell us your thoughts in the comments below!