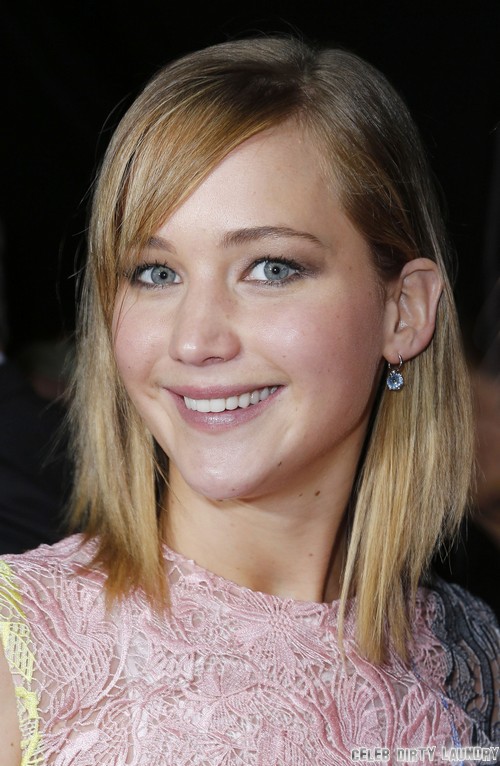 Noooo Jennifer, what are you doing?!! Stay away, stay away, stay away. Jennifer Lawrence was spotted with Rihanna in Paris after the Dior and Chanel runway shows, where the two hung out with friends during dinner.

Rihanna posted a picture of herself with Jennifer, with the caption, “Bumped into the extraordinary Jennifer Lawrence at dinner!”

I can totally see Rihanna planning to latch onto J.Law, just like everybody else. Rihanna prides herself on having ‘cool’ friends, and does it get any cooler than Jennifer Lawrence? Probably not. But I really, really hope that this is just a rare occurrence and it doesn’t become more common.

As much as Rihanna is a great singer and probably fun to hang around with, she really doesn’t seem like a good influence on other people, especially celebs [see: Cara Delevingne]. Sure, Jennifer can make her own decisions and she doesn’t seem like one to give into peer pressure, but Hollywood can change people. We don’t need to see Jennifer Lawrence stumbling out of clubs at 2 in the morning, or getting caught doing drugs at some random club.

So far, the whole thing just seems like two people that bumped into each other after dinner where there were a lot of industry folk. I just can’t even imagine those two hanging out, but Jennifer’s friends are a pretty eclectic bunch. But even then – Rihanna went back to Chris Brown after what he did to her. Her judgment in friends and boyfriends was pretty much dead to me after that, and her friends group isn’t exactly low key.

What do you guys think? Would Jennifer ever get influenced by Rihanna or am I blowing things out of proportion? I just don’t want anything to risk Jennifer’s career, and hanging out with certain people in Hollywood may affect her more than she thinks. Let us know what you think in the comments.