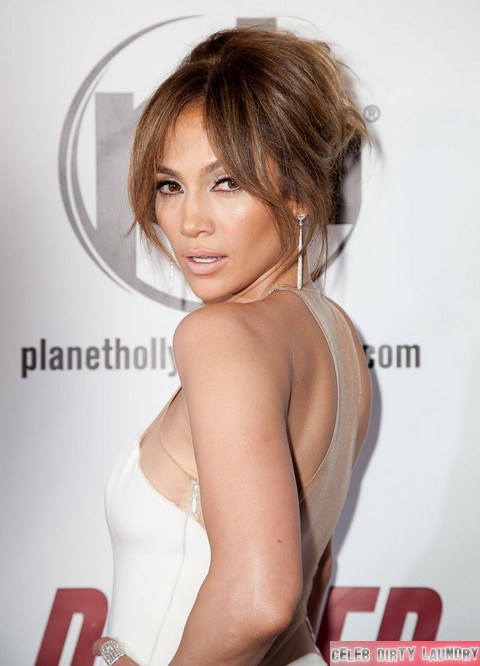 Jennifer Lopez seems to be everywhere. She’s acting and singing, keeping her smile securely in place since her split from hubby Marc Antony in 2011. Since then, she’s notoriously dating backup dancer Casper Smart—who is half her age! As if that weren’t enough evidence of a mid-life crisis, an insider sites her declining music career and failure to establish herself as a serious actress as fuel to her fire of self doubt. To top it all off, Jen is wallowing in the past, and is desperate to reunite with ex-fiance Ben Affleck!

“Her music career isn’t what it used to be,” a friend dished to Star Magazine, print edition February 4, 2013. “She used to brag that she’d win an Oscar by the time she was 45, and that doesn’t seem likely.” The professional struggles have led to internal reflection, and she finds herself yearning for ex Ben Affleck, who is now happily married to the endlessly classy Jennifer Garner.

“Ben’s wife is very successful and respected in the industry and J.Lo can tell that she and Ben are very happily married,” the insider gabs. “She looked at her own relationships: she’s dating a backup dancer who’s . . . riding her coattails.” Ouch! J. Lo is realizing that Ben has the life she always dreamed of, and watching him “winning that award really hit her in a weird way.” Though she was all smiles while Ben accepted his Golden Globe, “she became very embarrassed about her own life.”

Now, the issue isn’t just about who she’s dating or where her career is: Jennifer seems to be on the verge of some serious mental health problems. The over achiever can’t give herself a break, and “loved ones are worried.” Her angst has gotten so bad that they “constantly tell her she should give herself more credit.” But J. Lo is in such a dark place, she can’t take them seriously. Do you think Jennifer Lopez’s career is declining, or is all this going to be motivation for a huge comeback? Would you be sorry to see her go?