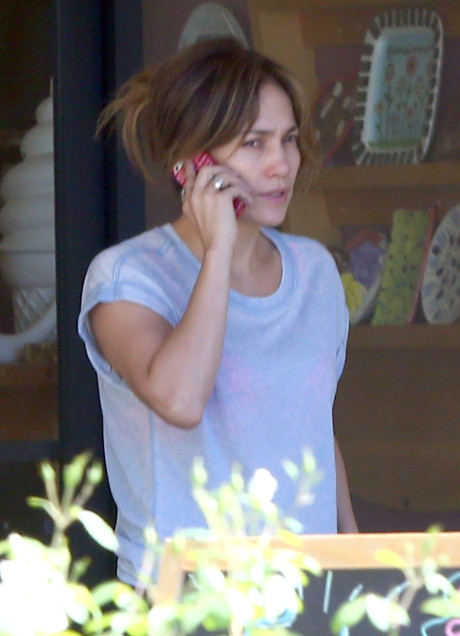 Jennifer Lopez and her boy toy Casper Smart might be heading into Splitsville. But what’s the force that’s driving them apart? A source close to the situation says that Jennifer is losing touch with the “spark” between them and, because of this, people are wondering whether or not they’ll be split before long. At a recent Human Rights Campaign event, where Jennifer accepted the Ally for Equality Award, Casper was nowhere to be found on the red carpet (though he did appear later at the event). He wasn’t holding onto her arm on the red carpet, as usual, *gasp* — so perhaps there really is trouble in paradise?

“Jennifer is pretty private about the relationship, but she’s been hinting that the spark is gone,” a source close to Lopez says. “She’s having a hard time ignoring the fact that her head has been telling her for a while that this thing with Casper isn’t forever. And now her heart’s saying the same thing.”

The source continues, “They’re obviously in very different places in their lives, and Jennifer wants to take responsibility for her life and not repeat the same mistakes she has made in the past. She enjoyed the relationship for what it is, but now that giddiness has turned to sadness.”

What do you think about this potential split? Do you think everyone is just getting worked up over nothing? Let us know in the comments section below!