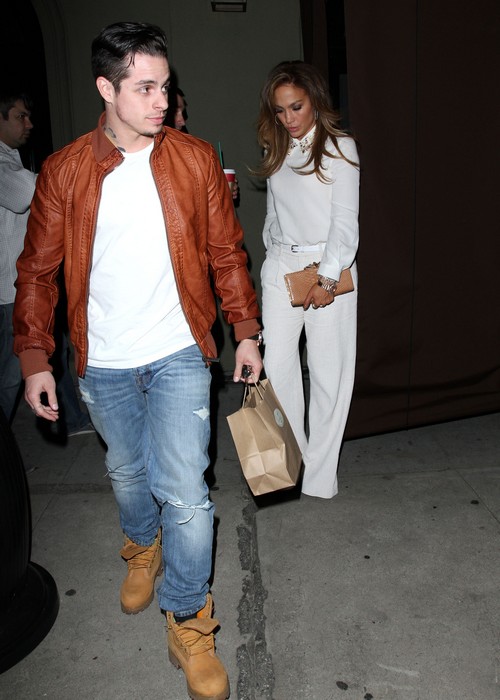 It looks like Casper Smart needs to step up his game and fast because Jennifer Lopez isn’t so smitten that other guys don’t impress her. Instead it seems to be just the opposite. She will be filming The Boy Next Door soon and is absolutely giggly over the news that Ryan Guzman has been cast in the film. He is a 26-year old former Calvin Klein model that brings something to the table what Casper lacks – ambition!

According to the Dec. 30th print edition of National Enquirer, Jen is super impressed by Ryan’s obvious ambition and the fact that he’s smokin’ hot doesn’t hurt either. Meanwhile, Casper has gone from red carpet arm candy to errand boy and live in nanny to Jen’s twins. He also didn’t appreciate hearing about the sizzling chemistry between Jen and Ryan. It seems that Casper has begun to realize that his relationship with Jen might come with an expiration date and it’s already starting to smell a little bad. Sources say that Casper is seriously thinking that Jen is going to pull the plug so that she can have a nice fling with Ryan.

Those close to Jen have said from the beginning that Casper was basically a fun rebound and that Jen would eventually wise up and move on. Do you think that the couples’ days are finally numbered? Is Jen toying with the idea of a hot cougar hook up with Ryan? She has been so unlucky in love, do you think Jen has actually learned anything from her 3 failed marriages? Tell us your thoughts in the comments below!