Jennifer Lopez and Casper Smart on the Verge of a Nasty Break Up? 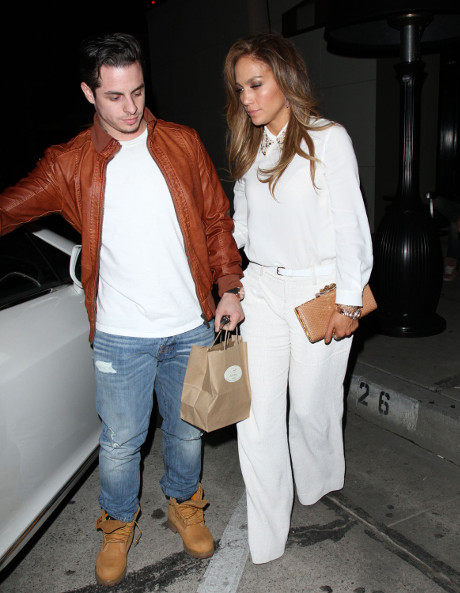 According to the latest issue of OK! Magazine, Jennifer Lopez and Casper Smart are facing trouble in their relationship again. A source tells the magazine, “Casper and J.Lo fight all the time. They fight over the fact that Casper feels entitled when he shouldn’t. He forgets that and that’s when their fights break out.”

Apparently, the non-stop fighting started after Casper ended up on a $100,000 shopping spree with Jennifer’s money. The source adds, “It sparked ‘a huge blowout fight about the fact that he feels entitled to live the life of luxury [and] she doesn’t want him to forget that he came into the relationship with nothing and he’ll leave with nothing as well.”

Yeah, I don’t think the question is whether Jennifer and Casper will make it, it’s merely a factor of  how long they’ll last before breaking it off. Kudos to them, since they’ve definitely lasted way longer than anyone predicted. Jennifer does have a tendency to get very serious, very quickly, but the fact that she isn’t already married to Casper says a lot of about their longtime future together. If the woman who marries everyone doesn’t feel like Casper is marriage material, it’s obvious that she doesn’t see any potential in him. But she’s still having fun, and that’s as much as there is to their relationship. As long as she continues being his sugar mama and he gives her fun, they’ll stay together.

Granted, the balance is definitely going to tip in Jennifer’s favor soon enough, since she has way more leverage on their relationship than he does. What do you guys think? Are Jennifer and Casper ‘on the rocks’, and do you think they’ll make it? Let us know your thoughts in the comments.