Jenny McCarthy is Hated by Longtime ‘The View’ Fans — How Long Before She Packs her Bags? 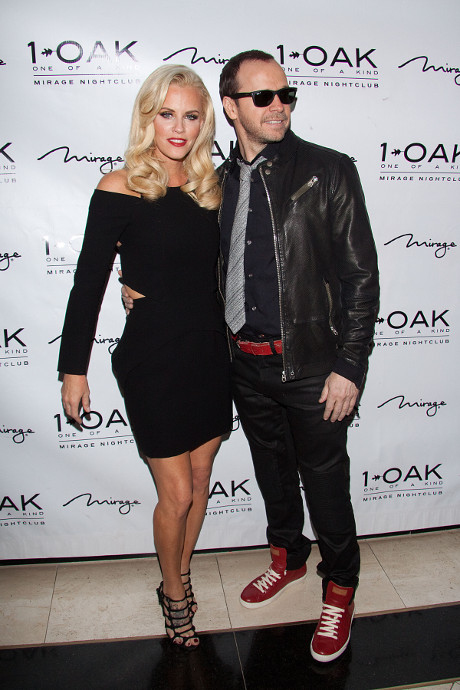 Jenny McCarthy is losing her touch. According to sources, she may not be sitting alongside Whoopi Goldberg and Barbara Walters too much longer. Jenny began co-hosting “The View” just five weeks ago but it seems longtime viewers of the chat show don’t like her.

“ABC has begun doing deep research on Jenny’s work on the show and the initial findings are that viewers want to tune out the second she opens her mouth,” revealed a “View” source to Radar Online.

The research even showed that Jenny is less popular than Elisabeth Hasselbeck. If you remember, “research” found that Elisabeth was too conservative and polarizing and ABC execs sent her packing. However, Barbara is not ready to let Jenny go just yet. But if she doesn’t get the viewers on her side quickly, Barbara and ABC will buy out her contract.

“Right now they’re just trying to adjust Jenny’s performance on the show so that she comes off as more appealing, but that’s an uphill battle,” said the source.

Of course, a spokesperson for “The View” has already stated that there is no truth to this rumor. They also denied that Elisabeth was leaving a few months ago and now she has joined FOX News’s “FOX & Friends” morning show. That show has seen a 22% rise in ratings while “The View” is averaging a few thousand less viewers than this time last year. Maybe Elisabeth wasn’t as bad as we all thought.

It has taken Jenny a few weeks to get comfortable in her seat. It felt like she was just a special guest co-host for the day that never left. But she is slowly speaking up more and sometimes the audience even laughs at her jokes. Most of the time Whoopi doesn’t pay her (or anyone else) any attention but Sherri does try to make her feel at home. She even had her first spat with Barbara Walters and once you do that, you know you’re a permanent co-host; just ask Star Jones, Rosie O’Donnell, or Debbie Matenopoulos. How do you think Jenny is doing at her new gig? Comment below.