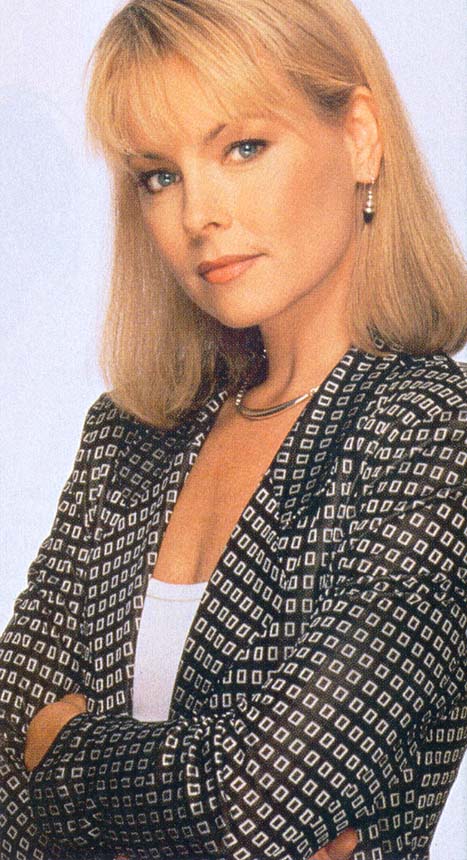 Fans of Jensen Buchanan need to cross their fingers and say a little prayer because there is a chance that a bit of upheaval in her personal life could lead the award winning actress back to daytime. Jensen got her soap start on One Life to Live but then really caught fire when she took over the dual roles of Vicky and Marley on Another World. She received critical acclaim for her portrayal of the twins and invested a decade of her time bringing them to life.

In 2003 Jensen married Sam Gores, the CEO of Paradigm Talent and Literary Agency and then dropped completely off the radar. Girlfriend took some time to focus on raising her sons and enjoying her family but all good things eventually end. Jensen’s boys are now grown and Sam has filed for a legal separation. Of course according to TMZ things are very civil, a prenup is in place and Sam has every intention of paying spousal support. He has also represented Jensen in the past and there is no indication that the professional side of their relationship will also change.

Jensen’s life is obviously changing and perhaps she’ll decide that it’s time to come back to daytime! Obviously the shows that she was a front burner character on for ages are long gone, but seriously, who wouldn’t want to have her now? She brings a dump truck load of talent, a slew of Emmy recognition and a batch of fans that miss her work terribly to the table! Maybe a petition is in order? Are you hoping that Jensen decides she’s ready to return to the daily grind of soaps? Tell us your thoughts in the comments below!