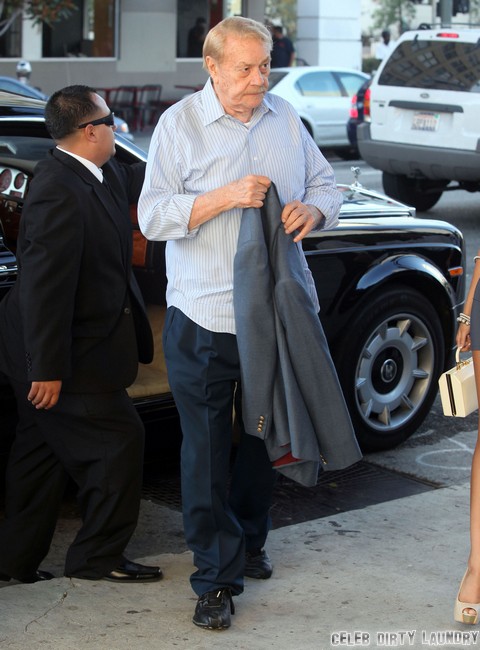 Sad news for fans of the Los Angeles Lakers as owner Jerry Buss has died early this morning according to reports. Buss was 79 years old.

Buss, has been ill for the past few months, being hospitalized with a undisclosed intestinal issue. Although it was just common knowledge yesterday that Buss had been battling cancer the entire time. So maybe, Buss did have a form of intestinal cancer.

Before Buss made the largest transactions in the sports field by buying the Lakers, the LA Kings and The Forum for a whooping $67.5 million in 1979 he made his money a different way; he was a former chemist and then a real estate tycoon, buying up numerous properties in Los Angeles. Buss must have had the money flowing in at that point buying all three teams. Good for him.

With his ownership now in full swing, Buss had seen several great players come in and out. Not only did Buss see Magic Johnson, James Worthy, Shaquille O’Neal, Kobe Bryant, to name a few, but the Lakers went on to win 10 NBA Championships. Buss was even inducted into the Basketball Hall of Fame back in 2010.

Buss is survived by his six children, and also, by the numerous basketball fans that feel like they lost one of their own. RIP Jerry Buss.