Jessica Alba Slams Gwyneth Paltrow For Growing Up Rich, Not Being Grounded? (Video) 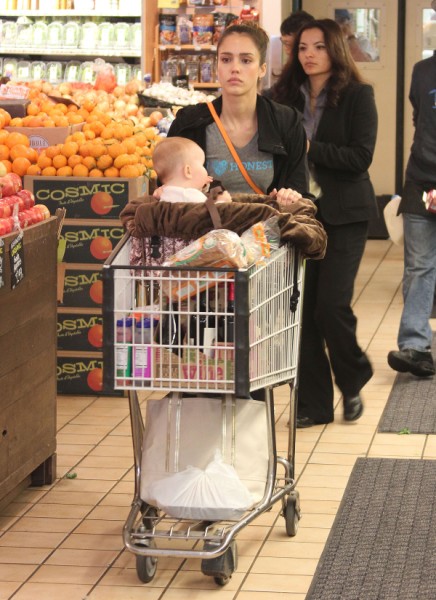 Don’t tell Gwyneth Paltrow this but there aren’t many differences between G and Jessica Alba these days. Both have lifestyles brands and both rarely act. Yes, G has that Oscar but is it as shiny when your career tapers off rather than continues to climb like Cate Blanchett’s or Kate Winslet’s? That’s another conversation for another day. The point is that since directing most of her energy to GOOP and her cookbooks Gwyneth has put herself out there to be compared to other celebrity moms doing the same thing. But in this business you’ve got to stand out. You’ve got to differentiate yourself to capture that perfect market and that’s exactly what Jessica Alba’s hustle is all about.

While out promoting her new book, Jessica Alba told Good Morning America that she feels she’s more relateable than other celebrity moms who have more extreme lifestyles. “Alicia Silverstone is a vegan, so she’s the extreme side of it. Gwyneth Paltrow probably lives a very similar lifestyle, but I didn’t grow up with a bunch of money, so my tips are much more grounded: Repurposing things and making things at home.”

Harmless I guess but did it need to be said? She basically called Gwyneth and her site pretentious. Am I the only person reading it that way? In a way it’s smart business. One of the reoccurring critiques about GOOP is that it caters to the very rich. I can’t afford the crap she features on there. And it’s hard to feed a middle class family with her recipes. Jessica’s targeted audience is not necessarily for GOOP but GOOP people can most likely appreciate Jessica’s range of non-toxic baby products. It’s a good move.

Funny enough Gwyneth has actually highlighted Jessica’s company on her site. I wonder if she’ll be doing that again….

And don’t act like this was tacky or low class and that Gwyneth is above the hustle. She’s not. She just told the world she had a miscarriage while she was promoting her new book. Is that something to pick on? No but you’ve got to wonder about the timing of information with these people.

Is a Jessica Alba/Gwyneth Paltrow feud brewing or is it just business? Anyone interested in The Honest Life: Living Naturally and True to You?