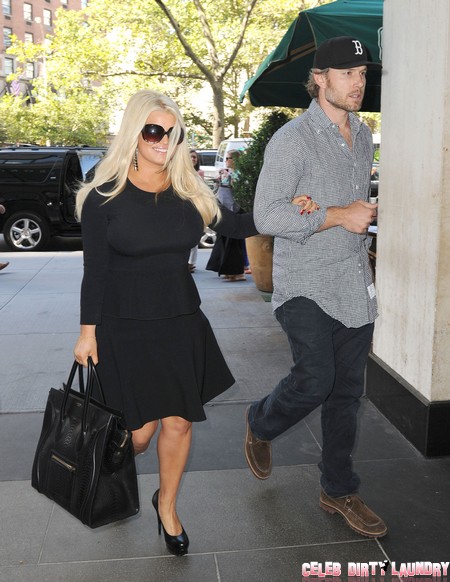 According to a recent report, Jessica Simpson has banned her father, Joe Simpson, from attending her wedding because she fears that he’ll cause an embarrassing scene. This report comes from the National Enquirer and, while we’ll take this story with a grain of salt, Joe and Jessica’s history is a complicated one. But, for some reason, we don’t think she’d go so far as to ban her own father from attending.

“Jessica’s relationship with her father has deteriorated so much she doesn’t want him at her wedding,” a source tells the tabloid. “She’s afraid he’ll make a spectacle of himself, or worse yet, start something with Tina. Jessica still loves Joe, but she wants the day to be about her and [fiance Eric Johnson], not some sideshow with her dad.”

Currently, Jessica really doesn’t have any super pressing wedding plans, so I suppose it’s a bit premature to be banning people from weddings when dates haven’t even be thrown around. What do you think about this situation? Do you think the tension between Jessica and Joe will prove so strong that she’ll nix his name from the guest list?