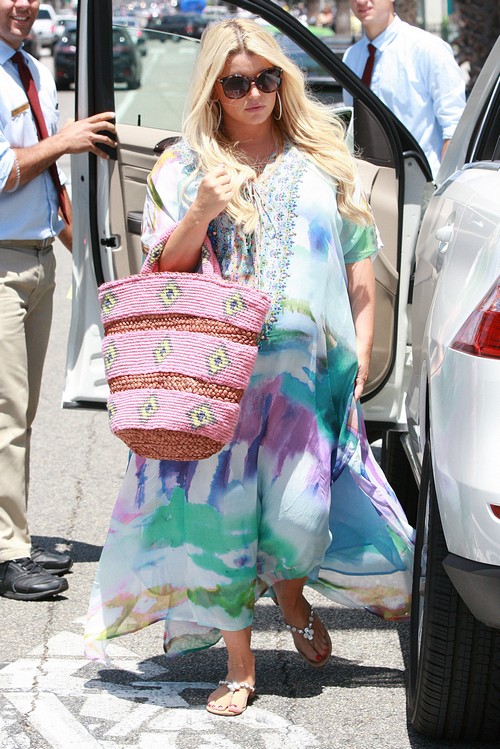 Jessica Simpson ‘wows’ with her post-pregnancy body, according to new exclusive photo from US Weekly. Sure, if photoshopping counts as weight loss, then I could ‘wow’ audiences as well.

Jessica gave birth less than six months ago to her second baby, and she’s somehow miraculously bounced back into fantastic shape using Weight Watchers’ diet. And of course, it all comes down to Weight Watchers, doesn’t it?

Us Weekly’s exclusive showcases the first photo from Jessica’s new Weight Watchers shoot, showing off Jessica’s ‘new’ body in a blazer and pink shorts. Just by looking at the picture, even without zooming in, it’s painfully obvious that it’s been photoshopped to within an inch of its life. Her face looks like it was drawn using pastel watercolors, and her thighs look like they barely exist. Granted, it’s not as egregious as some of her previous photoshop scandals, but it’s still there and still visible. 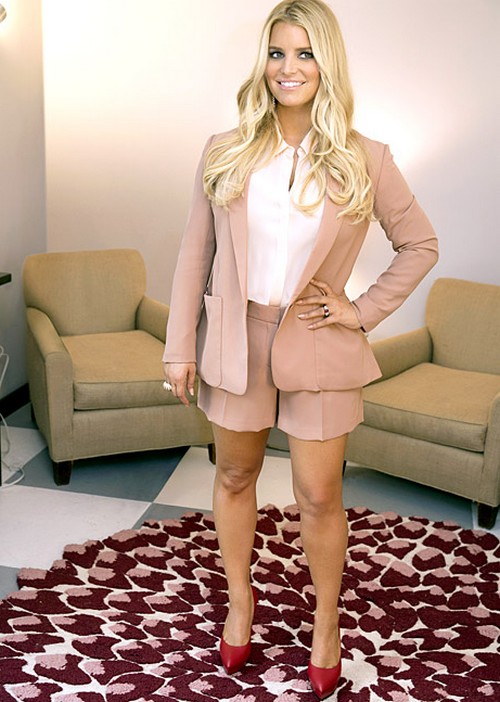 I get why they do it – they have a brand image to uphold. They don’t want to show Jessica untouched because they think that will lead to people believing that Weight Watchers doesn’t work as well as it’s advertised to – but what they don’t understand is that showing off these kinds of unrealistic images just makes everything worse. It’s not about the pictures, it’s about the individual person. Weight Watchers is actually a great brand for getting healthy and losing weight, and that’s what should matter – individual customers and making them feel better. Photoshopping Jessica Simpson’s legs and weight just creates an unrealistic standard for women everywhere, and makes them think that they’re somehow not doing something right by not dropping 4 sizes within 6 months of giving birth – and yet, little do they know that even Jessica Simpson doesn’t look like that!

It’s a toxic image feed-off in the entertainment industry, and it’s the responsibility of people organizing and distributing these photos to send a strong message to women everywhere. Unfortunately, I don’t think they will. At least, not just yet.