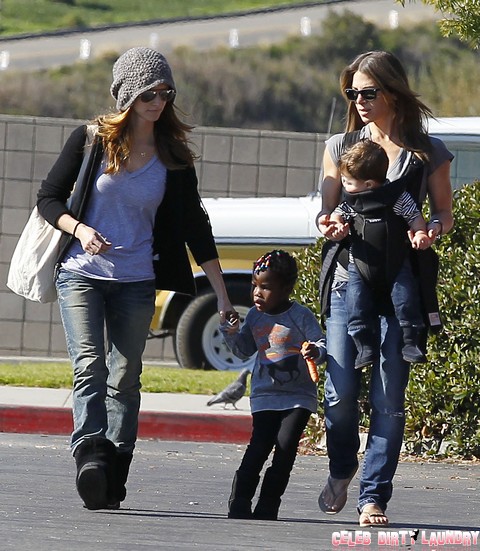 Season 14 of The Biggest Loser came to a huge conclusion this week with Danni Allen losing 138 pounds to take home the title and a cool quarter of a million dollars. Her trainer was Jillian Michaels, who returned to the show after taking a break from the series.  According to fellow trainer, Dolvette Quince who joined the series in season 12, they were thrilled to welcome the power house dynamo back into the fold. He had clashed with fellow trainer, Bob Harper and believes that Jillian makes a huge difference in the whole dynamic of the show. Quince tells OK! Magazine,

“It’s ironic because it takes a woman to balance a room. A woman has to get in between egos so to speak. Jillian brought a very calm, professional command to the set and I love her for that,”

According to the guys, motherhood has also brought out a softer side to Jillian. Bob says that the yelling, screaming trainer is a mode that she leaves in the gym. Instead she is calm and patient with her two young ones. She also knows how to have a good time and after The Biggest Loser Finale all three cut lose and partied with the contestants.  Jillian’s student may have won the competition but all three trainers feel like they won. If you can motivate someone to lose 60 or 100 pounds in under 6 months how could you possibly feel like you lost, right?

The show will most definitely return for a 15 season and if it does, will you tune in? Who is your favorite trainer on board? Whose style would motivate you the most to lose weight? Tell us your thoughts in the comments below!