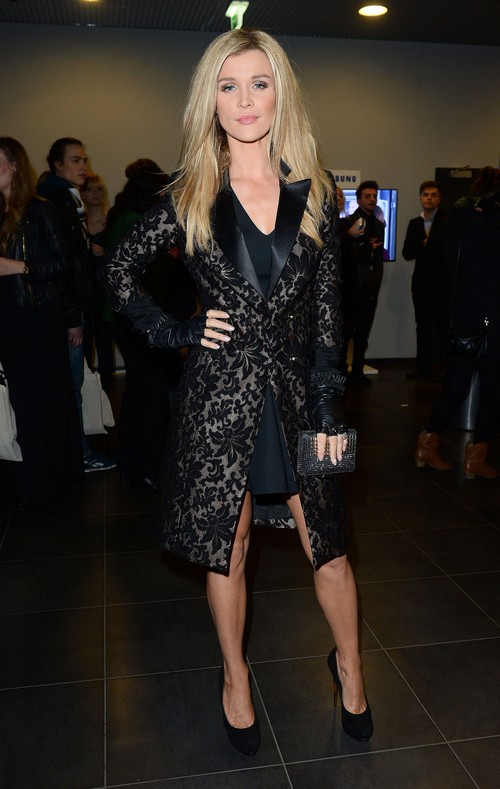 The Real Housewives feud continues with Part 2. Joanna Krupa and Brandi Glanville are once again at each other’s throats, this time with Joanna claiming that Brandi has a problem with alcohol. Really, Joanna? At this stage, I would expect both Joanna and Brandi to be going for deeper cuts, not alcohol problems. Everyone on that show has alcohol problems, and I hardly think that would surprise anyone.

Anyway, Brandi did apologize for making what some people deemed to be racist comments, and apparently people thought the feud would blow over. Alas, that’s now reality star feuds work, especially with the Real Housewives. Joanna’s now hitting back against Brandi for making the aforementioned racist remarks, telling people, “I don’t know what her little brain thinks. I get it, it’s reality TV and it’s about ratings and maybe she feels that it’s her job, but she should learn the difference between being dramatic on TV and how to be sensitive.” Right, because being sensitive is the #1 requirement in reality television? I get what she’s saying, but the real housewives aren’t exactly known for their critical thinking or sensitive behavior.

Joanna even added, “I just think she has an alcohol issue. When she says stupid things it tends to be after she’s had a drink. I don’t know if it’s for attention, but it fuels her to put people down. She really needs to understand that it’s only hurting her in the end. She’s not thinking.” And now she plays the friend card. Isn’t that fitting? After insulting Brandi using various allegations and accusations, she’s now just trying to ‘help’ Brandi. Look, Brandi was out of line for some of her comments, but Joanna’s just extending the feud and trying to gain audience sympathy with these comments.

What do you guys think? Are you siding with Brandi or Joanna in this issue? Or do you dislike both of them equally? Let us know your thoughts in the comments.