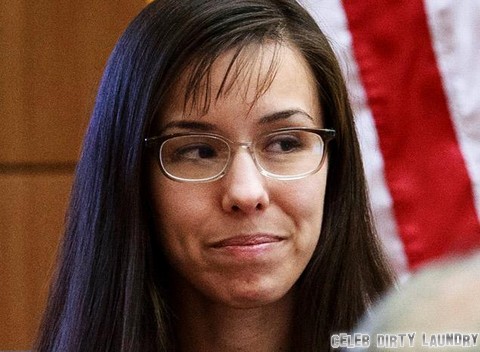 It’s been five years since Jodi Arias murdered her boyfriend Travis Alexander. Jodi is marking the anniversary in and Arizona jail. A jury convicted her of murder but could not come to a consensus about her punishment. Jodi slashed Travis’ throat from ear to ear, stabbed him 29 times, and shot him in the face.

During the anniversary, it’s important to remember Travis’ family and friends, not just the trial and conviction of Jodi. Their grief is unimaginable. Travis’ brother Stephen Alexander wrote about his older brother on his Facebook wall saying, “June 4th will forever be a dark reminder of who has been ripped from our lives. June 4th will always be the day we stop and think this is the day Travis was murdered. You will think about all the horrible pain and suffering he went through. That day will always come. I believe with every ounce of my being that June 4th will be an everyday reminder to her.

A reminder of why she sees the inside of a cell for 23hrs a day. A reminder of what she did. All alone, every day, a living hell. Until she gets the ultimate freedom, the needle. I hope its many years before that happens. Soon, June 4th will be a day that we remember she is on death row. Watching the hour glass until the last grain of sand. I hope her last thought is of Travis and June 4th”

ABC 15 in Phoenix is reporting that several family and friends of Travis have written their memories and thoughts on Twitter.

Despite a lengthy trial, a murder conviction and intense media scrutiny Jodi remains delusional and narcissistic. Per Radar Online Jodi stated she wanted the death penalty because she thinks that is what she deserves. Then she immediately decides she would prefer life in prison. Jodi has plans to help people from behind bars. The Star is reporting Jodi spoke to the jury before her sentencing, saying she could do a lot of positive things from behind bars if she is allowed to live.

A few of her ideas are to donate her hair to cancer patients, recycle trash and design t-shirts to sell in order to raise money for domestic abuse victims. What makes Jodi think these actions will make up for a family losing a loved one to murder? She showed no remorse and was overly confident through out the trial. Now that she has no chance of freedom she has become a community servant. That’s guilt talking, not genuine interest in public service.

Feeding the crazy is the nut job who runs the website jodiariasisinnocent.com. The lead article on the home page (written by SJ – Team Jodi) states June 4 is a day to celebrate. Jodi defeated her attacker by killing him. Also, if you want to help Jodi with a financial gift there is information on donating money through Pay Pal. I can appreciate someone fighting for victims of domestic abuse, but giving support for a convicted killer when there was no proof she was just defending herself is sending the wrong message. People should not feel encouraged to commit murder.

The Jodi Arias saga is far from over. A new jury is being selected after the original jury could not reach a consensus in the penalty phase of her trial. We will also be hearing more about Jodi’s activities behind bars now that she has become a community servant. She also tweets and gives interviews to keep her supporters in the loop on her trial.

Check back with Celeb Dirty Laundry for the latest updates on Jodi.