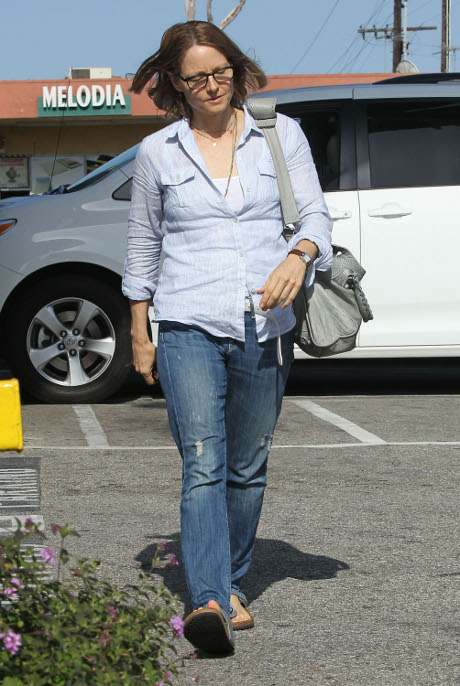 Is the father of Jodie Foster’s sons, Charlie Foster and Kit Foster, her ‘Contact’ co-star James Woods? That’s the latest allegation from Star Magazine, who claims that Charlie and Kit’s real father is James Woods, but that the secret has been kept quiet all these years.

A source supposedly close to Jodie and her family tells Star [as if!], “Jodie and James have been close friends forever, and her boys are the spitting image of him.” This same source adds, “[Jodie and James] were inseparable right before she became pregnant with Charlie. [Their] friends think James is the real father, but they know not to even ask.”

Now, not even Charlie and Kit know the identity of their father, and Jodie’s always made it clear that it’s a secret that will stay that way. For all we know, it could have been anonymous sperm donors, but Jodie isn’t speaking. The closest Jodie Foster’s ever come to discussing her private life was at her speech at last year’s Golden Globe awards, where she received the Cecil B. DeMille award. The magnitude of that honor might have gotten her to open up a little, where she gave a slightly confusing speech that most people construed as her version of coming out.

It’s not really a secret that Jodie Foster is a lesbian, but she’s never really confirmed it one way or another. Likewise with speculation and rumors floating around about the truth of who the father of Jodie’s kids is, she seems to be remaining as tight-lipped. If it really is Jodie’s contact co-star James Woods or anyone else that she’s close to, it seems odd that they’ve had absolutely no involvement in their children’s lives. For this reason, I’m inclined to think it’s an anonymous sperm donor, or someone that she doesn’t see often. Either that, or she got them to sign some sort of confidentiality waiver like January Jones probably did to whoever knocked her up.