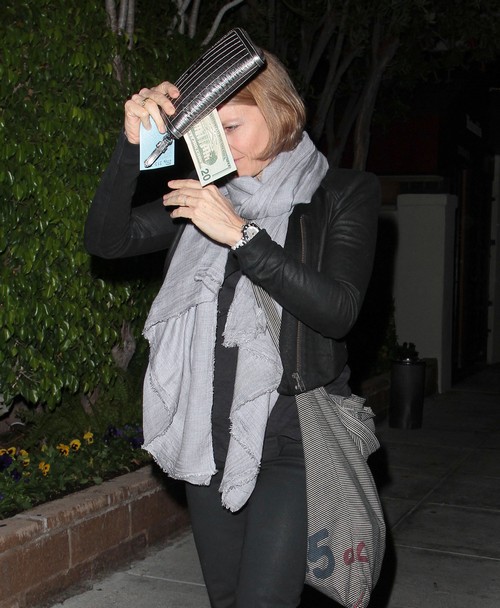 Jodie Foster seems like a no-nonsense kind of woman and so it really comes as no surprise that she isn’t about to deal with much drama in her relationship. Unfortunately, her partner, Alexandra Hedison is making waves and it is causing a lot of problems for the couple. Jodie split from her longtime lover, Cydney Bernard back in 2008 and in the years since the two have worked on being friends and co-parenting their sons. It has taken awhile but Jodie and Cyd are finally in a good place, one where they talk about anything and everything, every single day. Jodie considers Cyd to now be her best friend but insists that the relationship is platonic.

According to the Dec. 30th print edition of National Enquirer, Alex walked in on a phone conversation and overheard Jodie telling Cyd that she loves her and that started a blow out. Alex naturally accused Jodie of cheating and she of course said it’s simply not the case. Alex is said to be totally unnerved by how close Jodie and Cyd remain and she constantly worries that she’s going to be dropped like a hot potato when Jodie decides to reunite with her ex.

Do you think that Jodie and Cyd are still hooking up, or is this really a case of two people realizing that they are better off as good friends? Even if they are platonic it seems like Jodie has little patience for dealing with accusations and upset. Will this relationship survive this rough patch? Tell us your thoughts in the comments below!