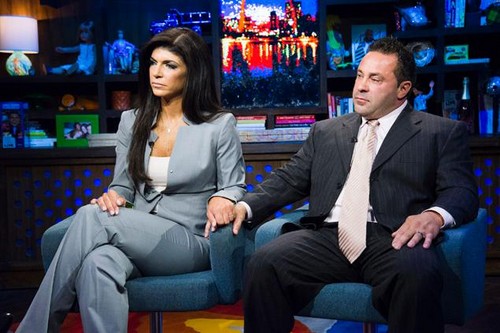 Real Housewives of New Jersey star Juicy Joe Giudice caught a break this week in his legal troubles. His trial regarding obtaining a driver’s license under false pretenses has been delayed again.

Juicy’s trial was set to begin November 19th. The trial was pushed back because Judge Greta Gooden-Brown is involved in a (much bigger) case. A source told Radar Online, “The lawyers have been really successful is pushing the court date forward and now with the federal trial it is frustrating that this case is being postponed again.” The new trial date will be held in 2014.

Joe was hit with these charges in 2010. He lost his license after a DUI arrest and, later, assumed the identity of his brother in order to get another license. Joe refused a plea deal that would have him serve 4 years in jail. If convicted, Juicy could face 10 years in prison. This would be in addition to any time he’d have to serve if convicted in his felony fraud case. Juicy’s lawyer, Miles Feinstein, predicts a lengthy trial and trouble finding an unbiased jury because of Joe’s fame.

At this point, why bother with a trial at all? Juicy’s federal fraud trial is coming up in three months. If convicted he will probably be in jail before this trial even starts. Also, this case must not be that important to the prosecution if they allowed it to go on for three years. If they were hot to nail Joe, the prosecution would have pushed to have the trial assigned to a different judge.