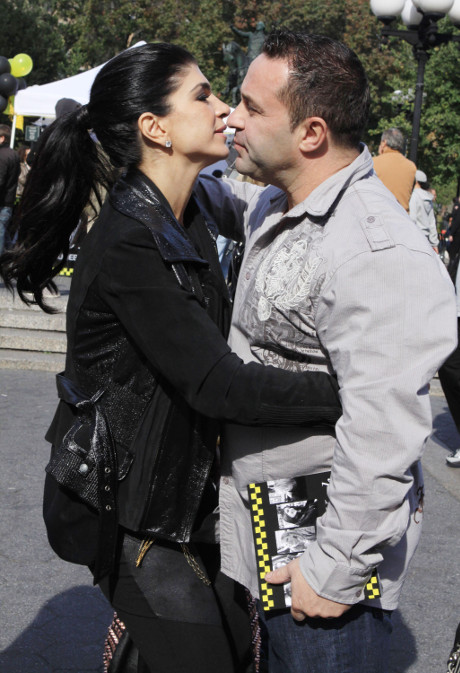 Teresa Giudice and her husband Joe Giudice are facing some very dark times as of late. After being accused of committing virtually every type of money fraud a person can commit, the couple’s facing extensive jail time. But Teresa’s brother, Joe Gorga, says that, should this situation escalate any more, he and his family will step up to help care for the four Giudice girls: Gia, 12, Gabriella, 10, Milania, 7, and Aduriana, 3.

Now, if you’re at all familiar with the drama that’s featured on The Real Housewives of New Jersey then you’re no stranger to the fact that Teresa and Joe aren’t always on the best of terms. But they’re reportedly on okay terms now and Joe won’t let any past kerfuffles hinder his duties as an uncle to step up and care for his nieces, should the need arise. A source for Us Weekly also says that cousins Rich and Kathy Wakile are also willing to step up — especially because it concerns the kids.

Wow, it seems so unnatural to watch/hear these folks acting like real-life grown ups! Good for them!

Teresa’s attorney, Henry E. Klingeman, told the Us Weekly magazine: “The family is handling themselves with great dignity, but it’s very traumatic. And when you have four small girls, it’s tough for everybody, including the girls.”

What do you think about this Giudice mess? People say that Teresa and Joe will most definitely get some kind of jail time, thought Teresa’s hoping for house arrest. For some reason I don’t think she’d do well in jail . . . .