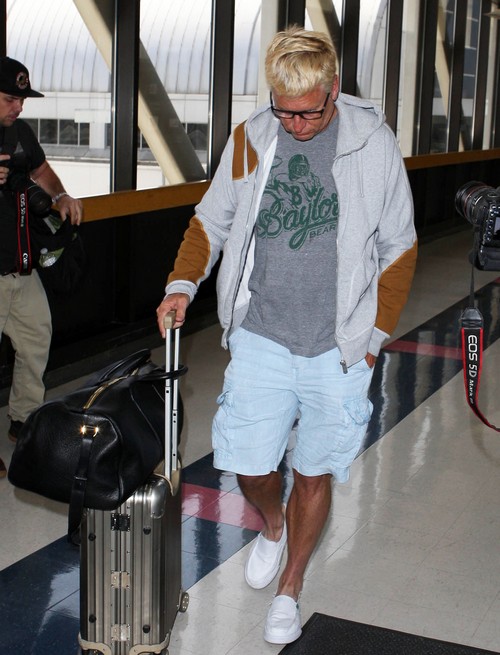 Poor Joe Simpson. It has really all been downhill for him ever since his cash cow- er daughter Jessica Simpson decided that she didn’t necessarily want him pimping her out to the highest Hollywood bidder any more. His marriage crumbled right about the time that the gay rumors began to swirl. He has been connected in the press to various younger men and both of his daughters are rumored to have had a hard time accepting that their father was hiding such a huge secret for most of their lives.

It seems that Joe will successfully be able to side step some sort of rumors or innuendo for a little while and then bam, something happens. Last night that something appeared in the form of a hacker on Joe’s official Twitter. They were silenced, but not before posting about 40 tweets to the tune of,

Joe informed everyone that he had been hacked and that his password was changed so that whomever was responsible was locked out but it makes me wonder who gained access to his account. The tweets didn’t sound random at all, but it came across as a personal attack by someone close to Joe. Perhaps the last boy toy that he killed out of the mansion didn’t exactly leave willingly and had to retaliate somehow! Do you think that Joe’s hacker is someone that at least at one point in time was close to him? Tell us your thoughts in the comments below!